Volubilis was a Roman city of some importance. It was first developed around 300 BC as an early Carthaginian city, then grown rapidly by the Romans from the first century AD. It eventually reached a population of around 20,000 citizens. It eventually fell to local warring tribes in 285, and was never retaken by the Romans due to its remote location on the southwestern border of the Empire.

The city of Meknes is the nearest city to Volubilis, about a fifteen minute drive. The trip from Fez to Volubilis takes about one hour and twenty minutes.

A lake on the way. Cool, overcast day.

First look at the site of Volubilis. 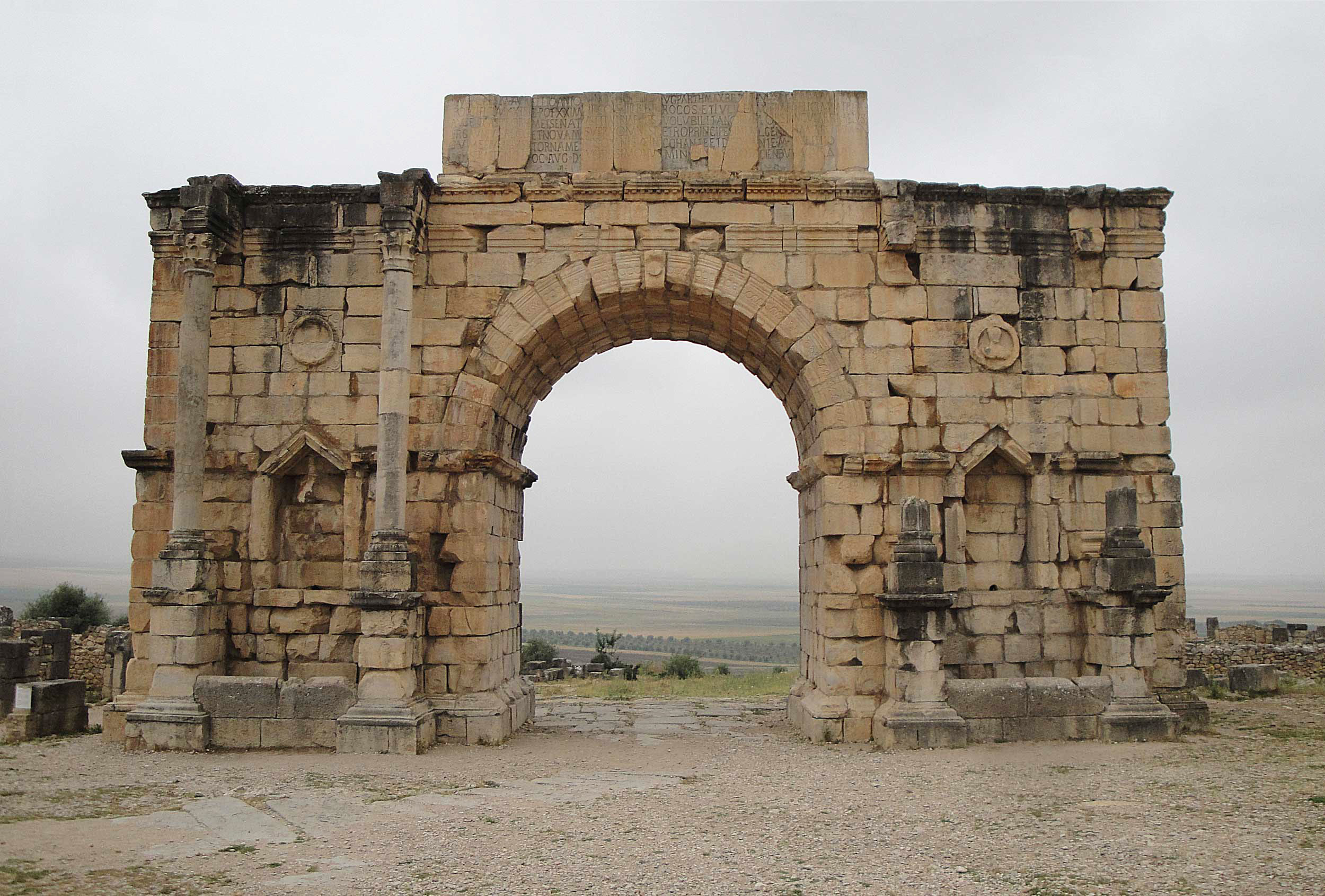 Some of the remaining ruins demonstrate how well developed this city was. 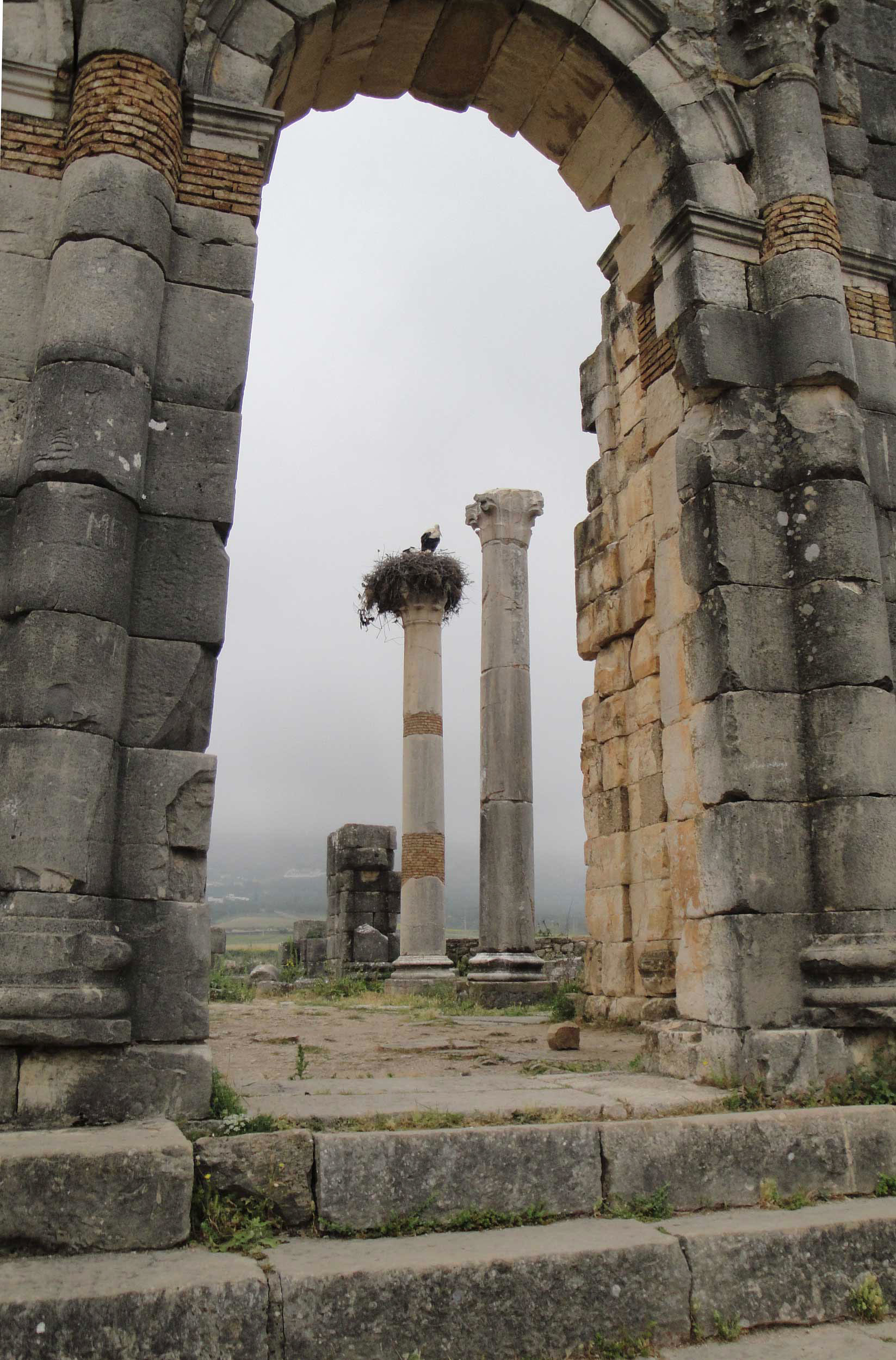 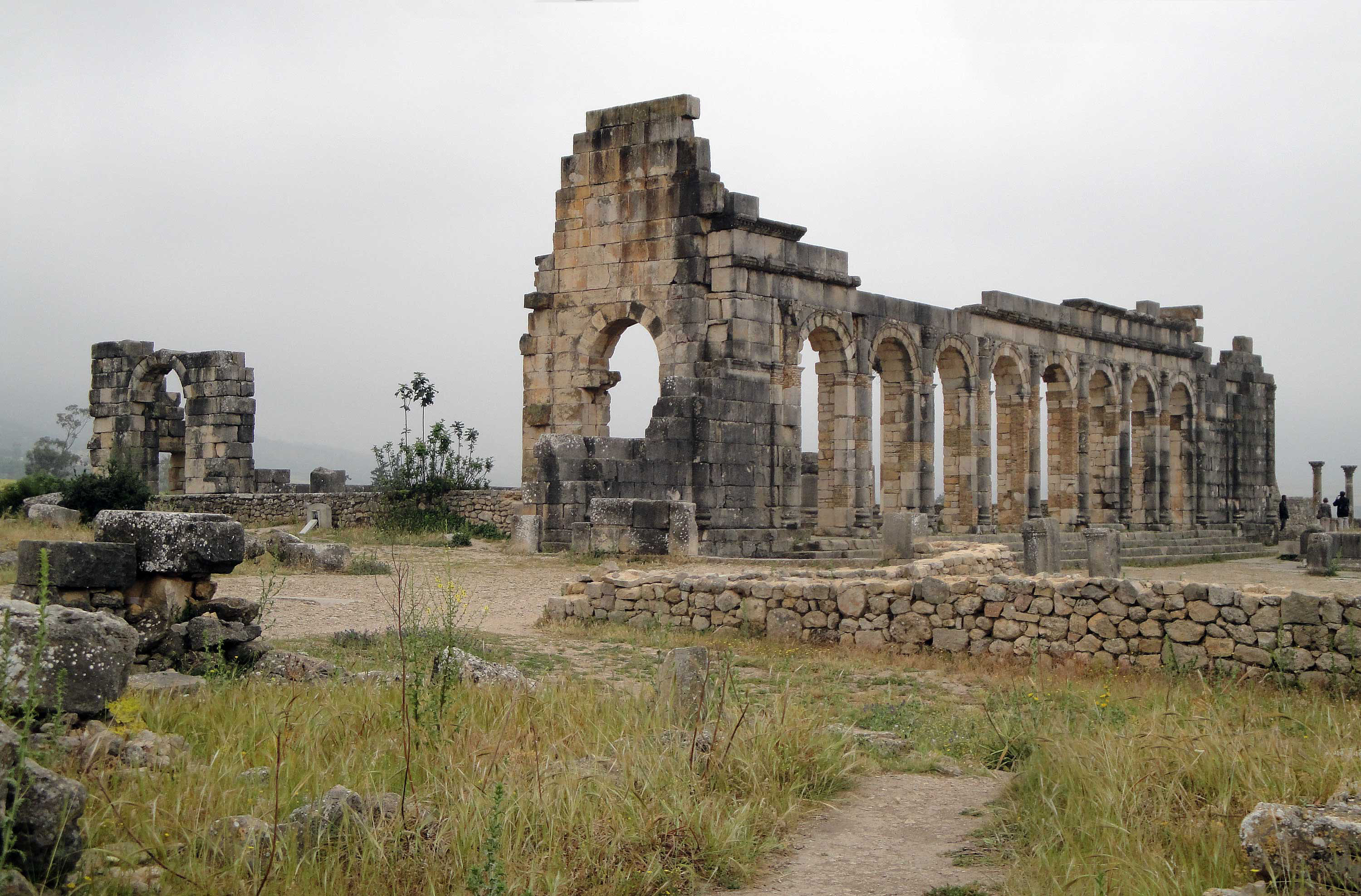 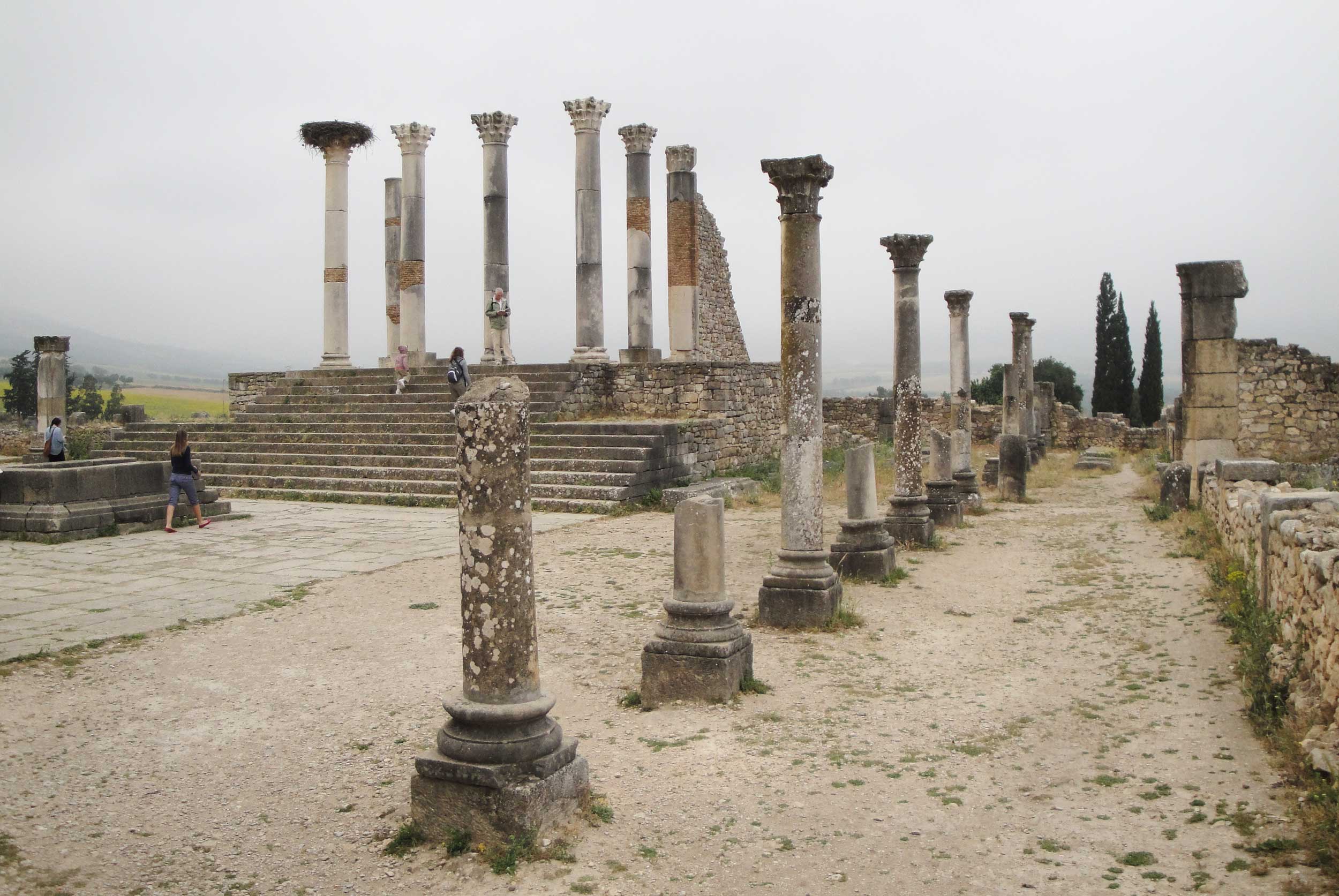 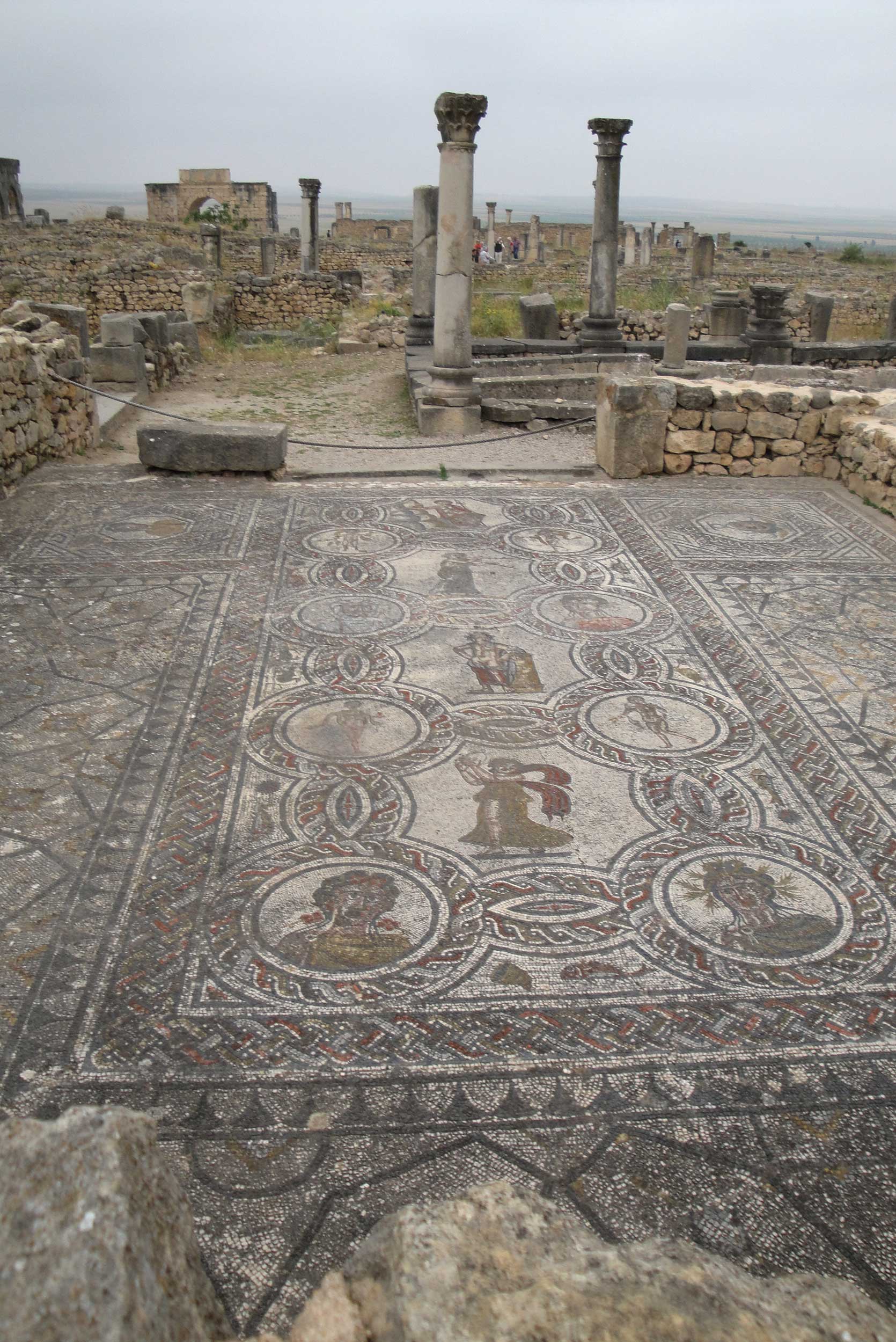 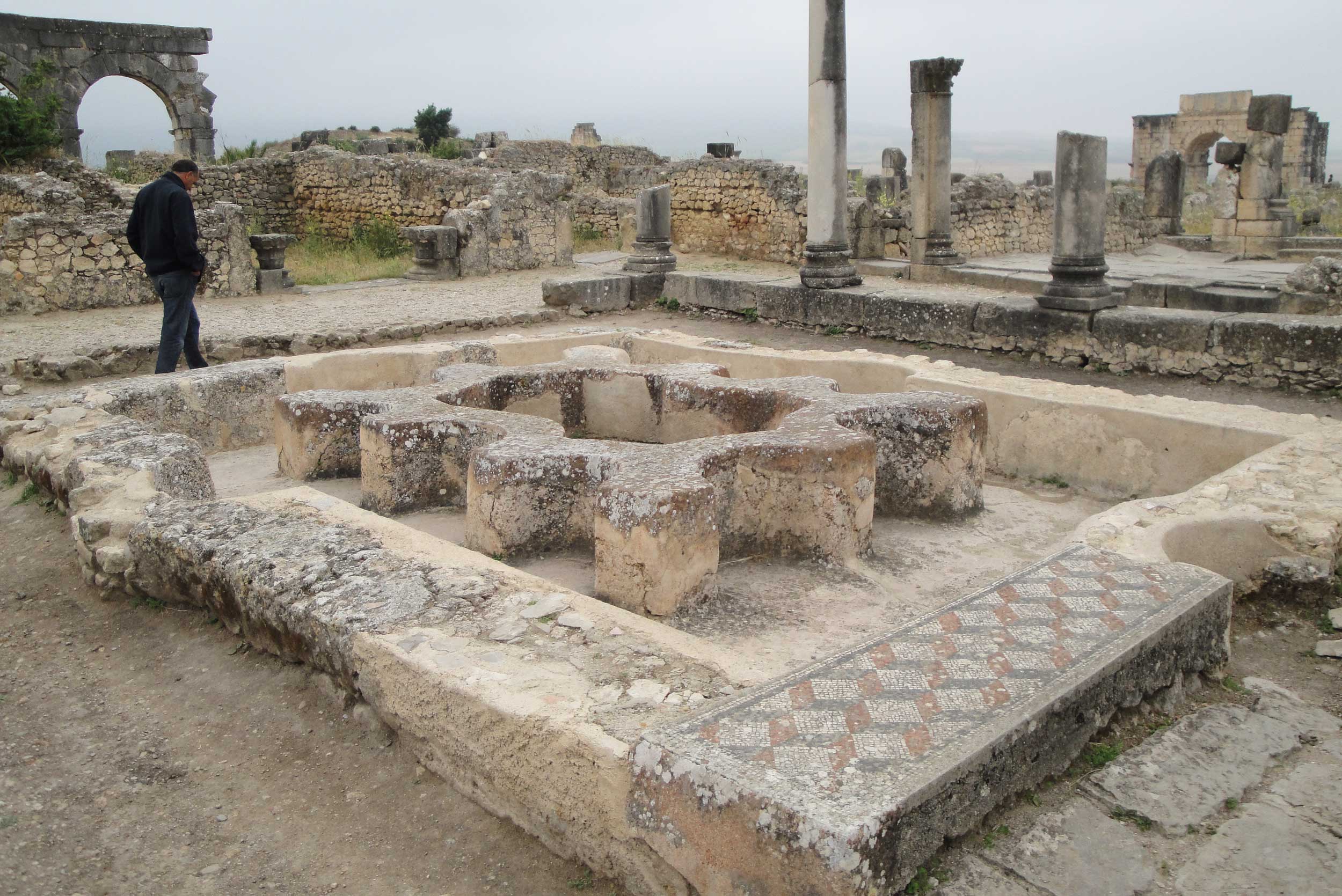 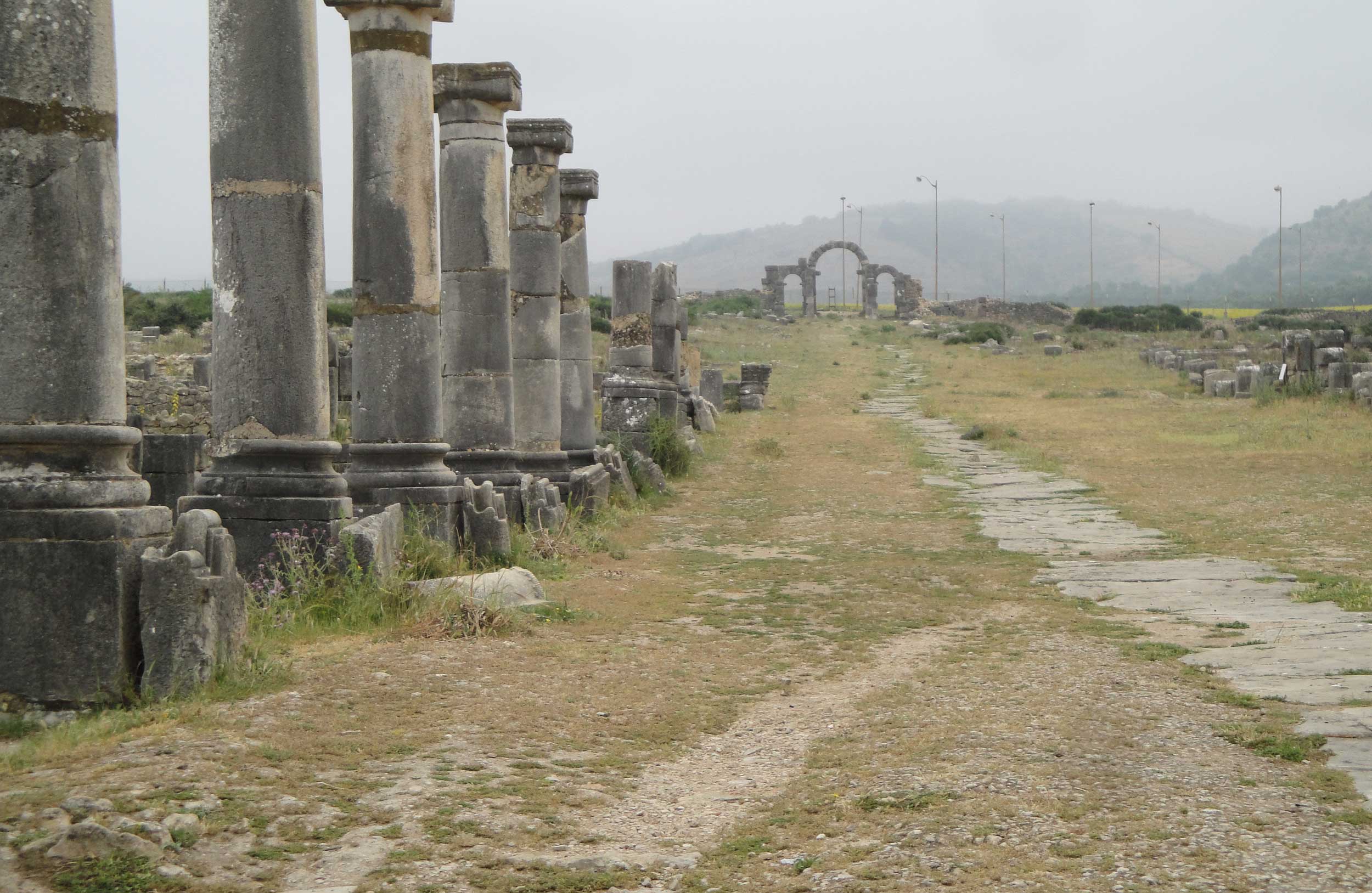 Last look before the ride back to Fez.