Our home in Italy included a built-in pizza oven in the room we called the "taverna". As you can see, it also served as a laundry room. It was quite large, so there was plenty of room for a pizza party. We weren't sure the pizza oven was still usable, as it had clearly not been used in many years. But, our friend Jim, who knows about neat stuff like this, insisted that it was in good shape and only needed cleaning and a good fire to be ready for production. So, we took the plunge and called for an inagural pizza party. 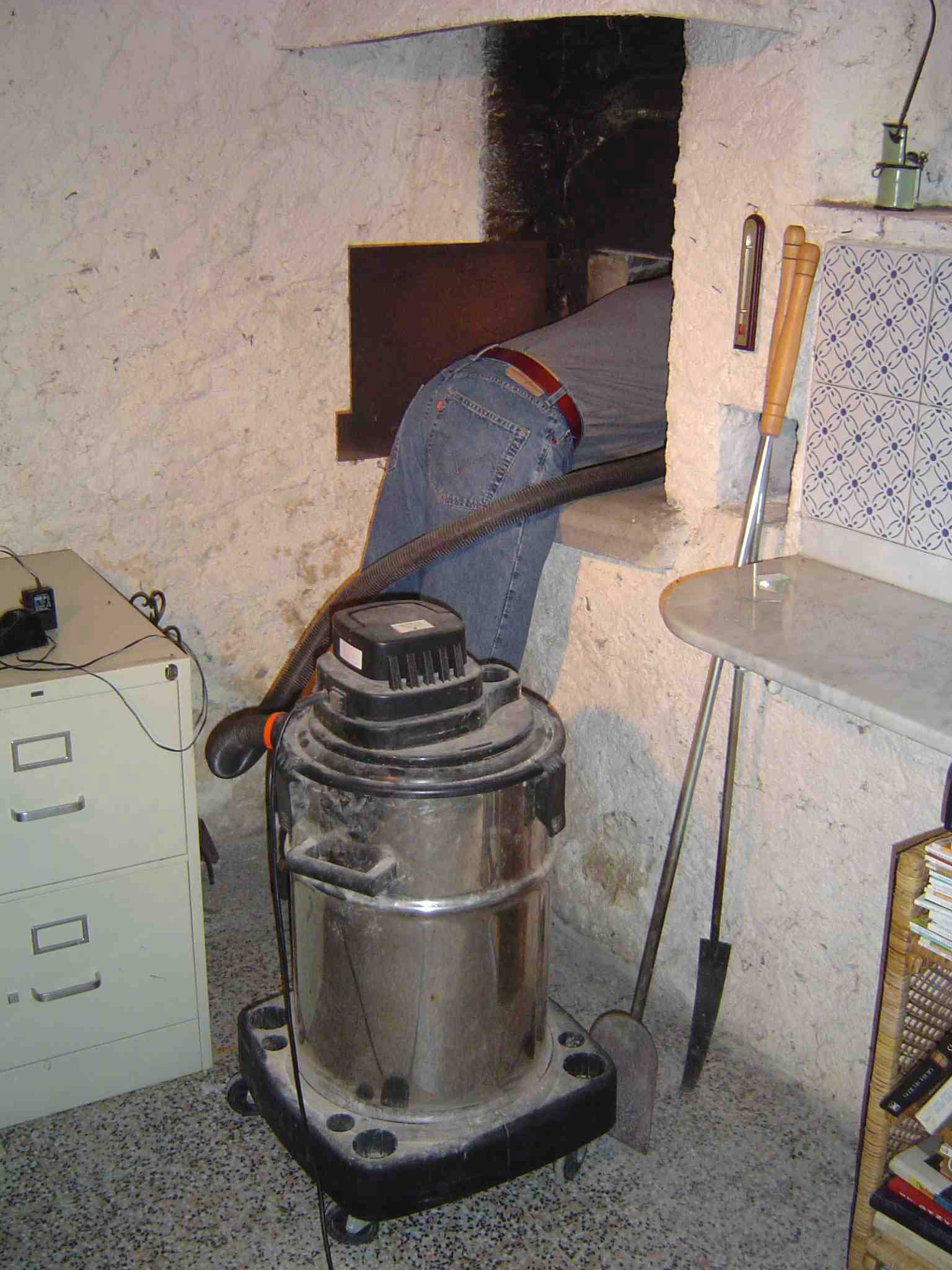 First, the dirty work. Karl took on the chore of cleaning out years of dirt and carbon remains of fires past.

Then we built a fire. Jim was confident that the oven would be ready for cooking after the bricks took on a whitish glow. We didn't realize that would take over two hours of hot fire. We were getting really hungry. Time for some o'dourves. We had plenty of wine. 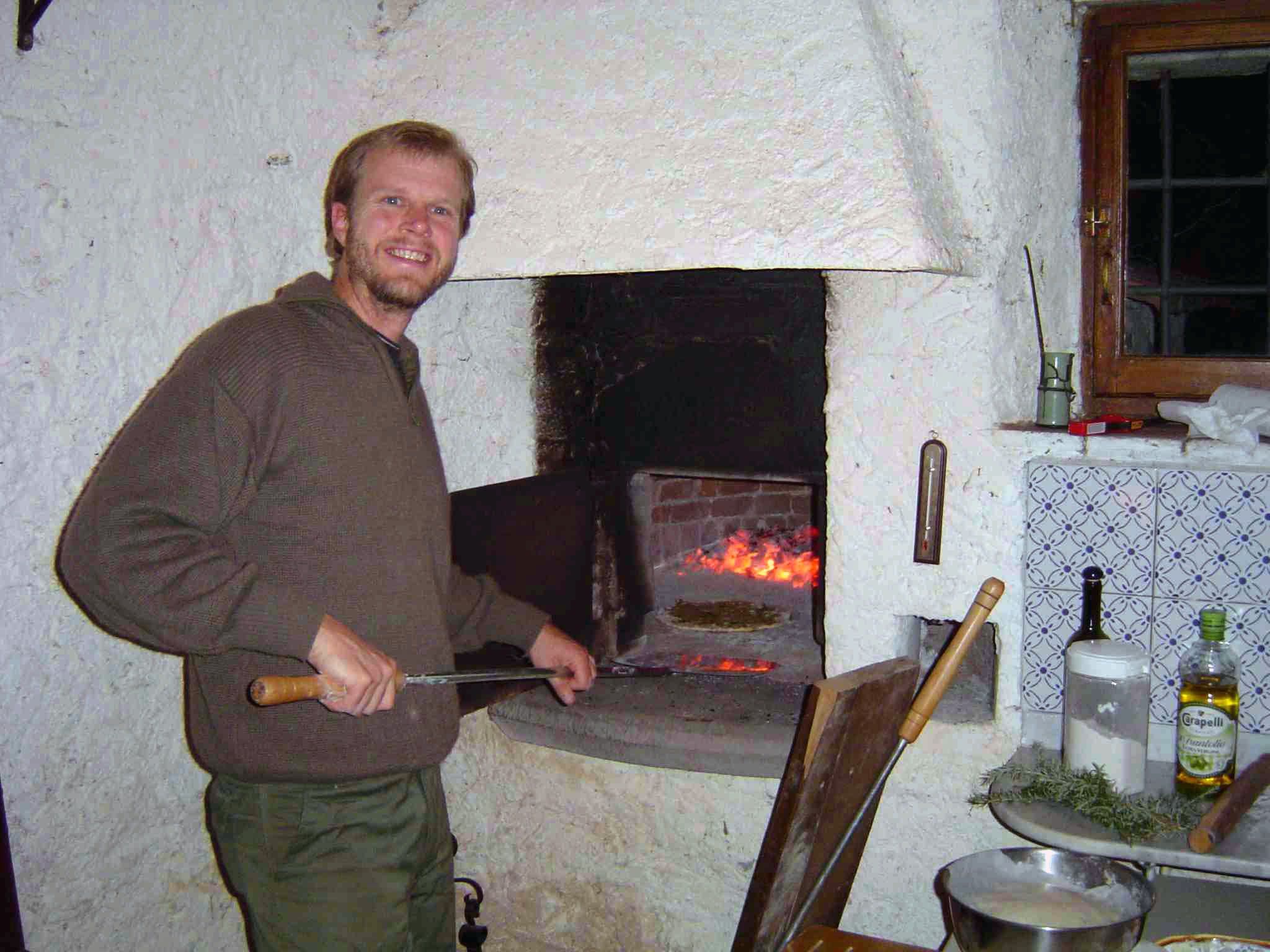 At last the oven is ready. Jim puts in our first "test" pizza with just olive oil and rosemary topping. 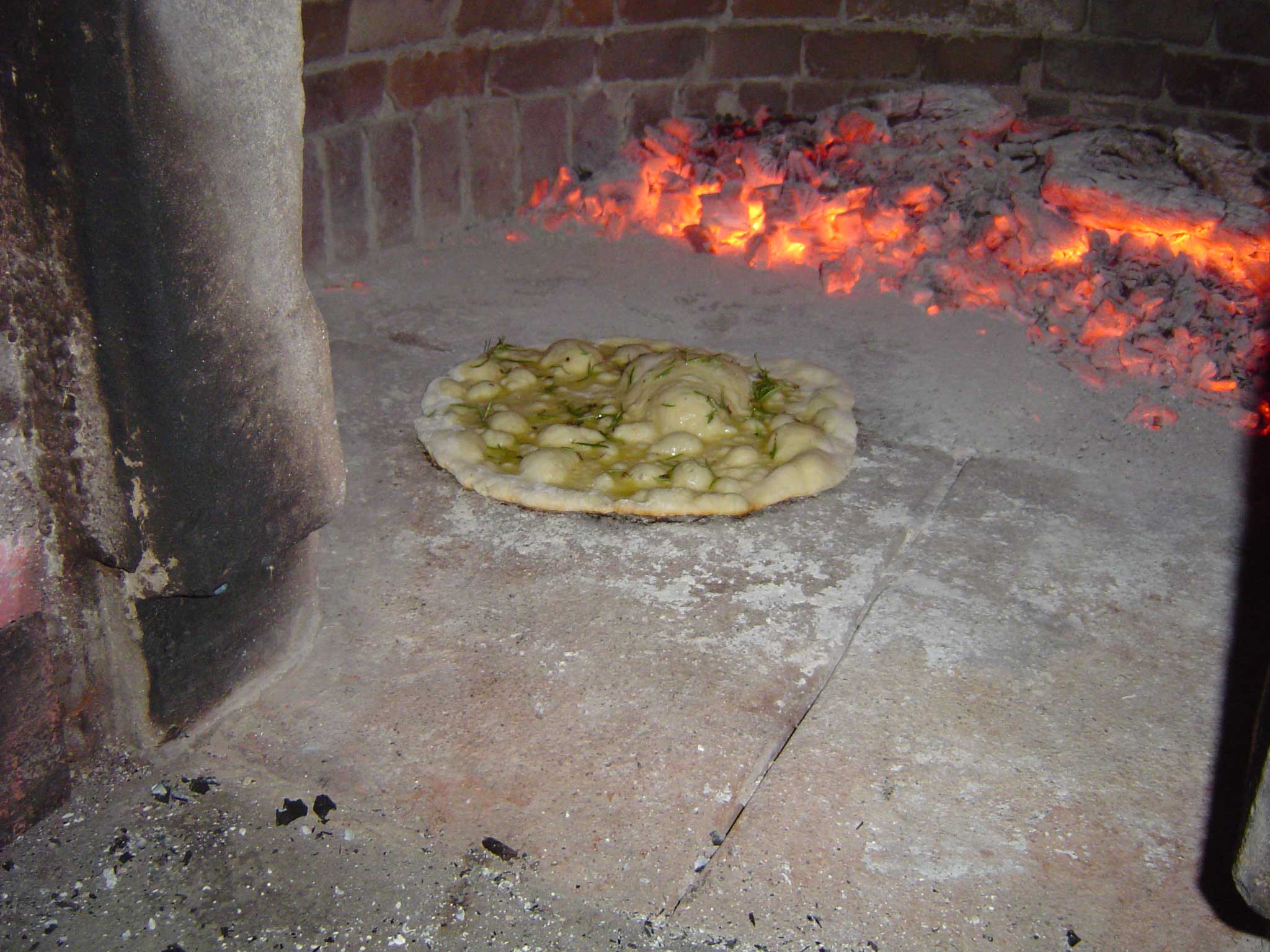 Within five minutes the taverna took on a wonderful smell of pizza and rosemary. 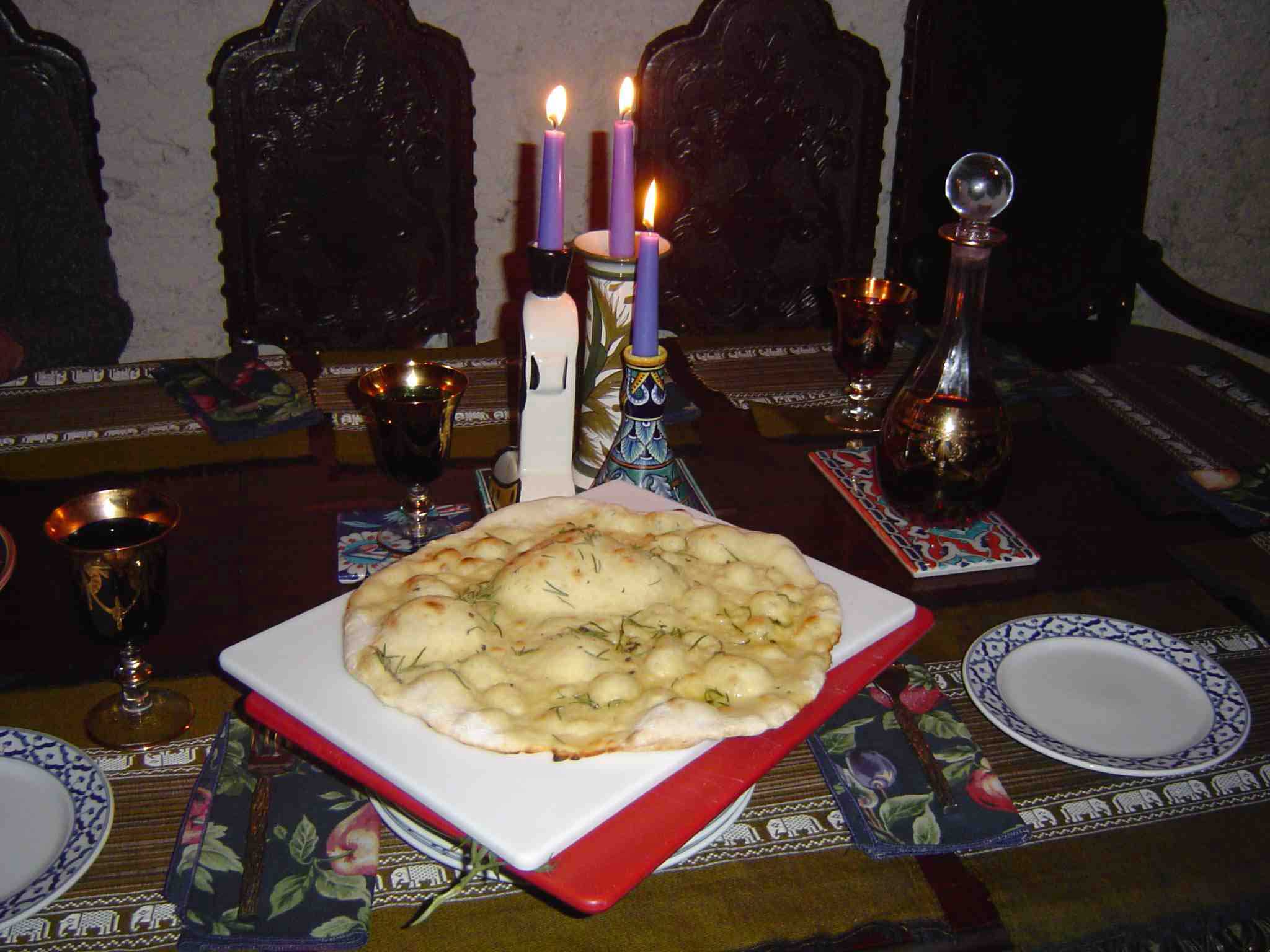 Not only did it smell great, it tasted great! 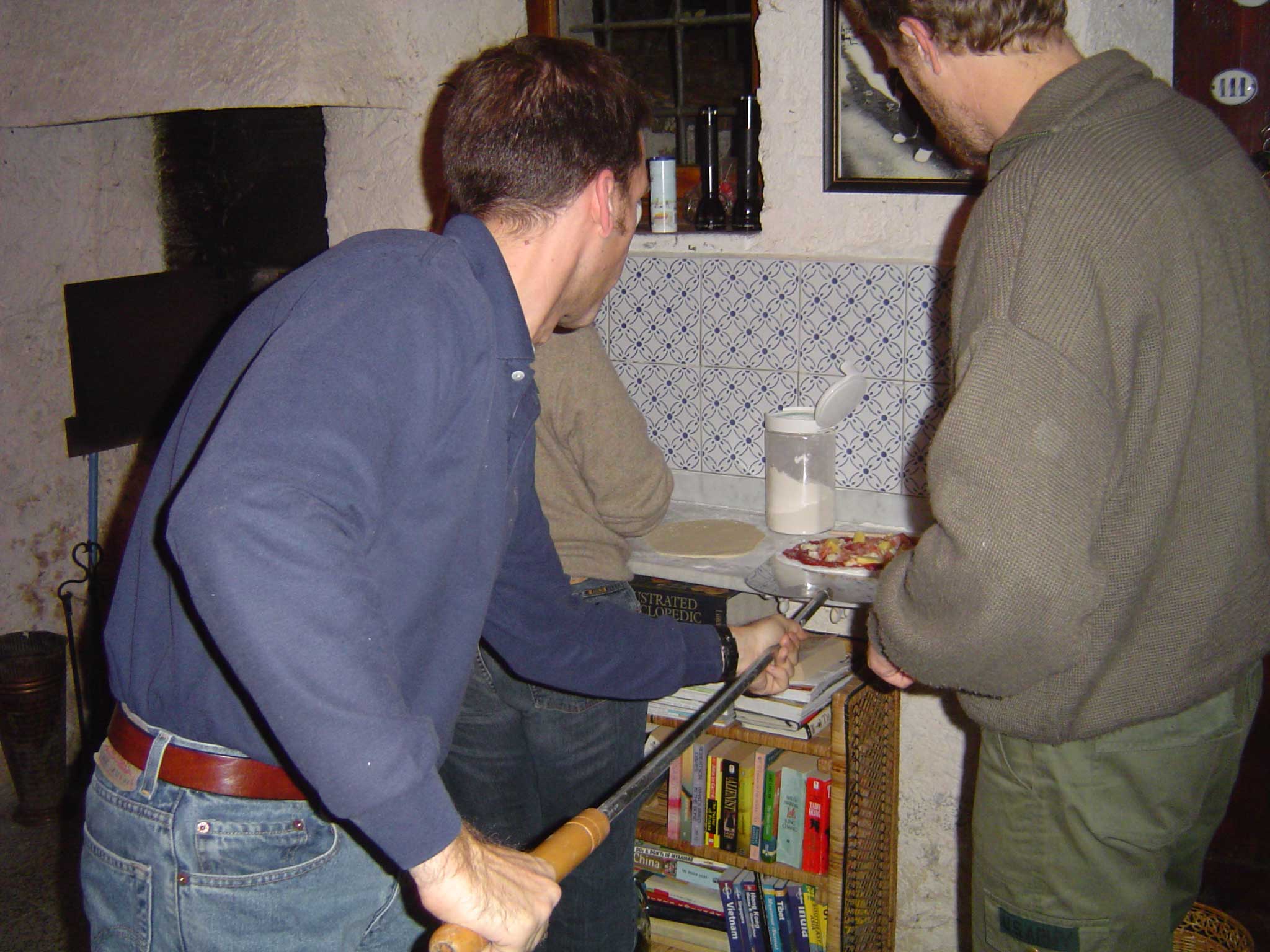 We go into full production. 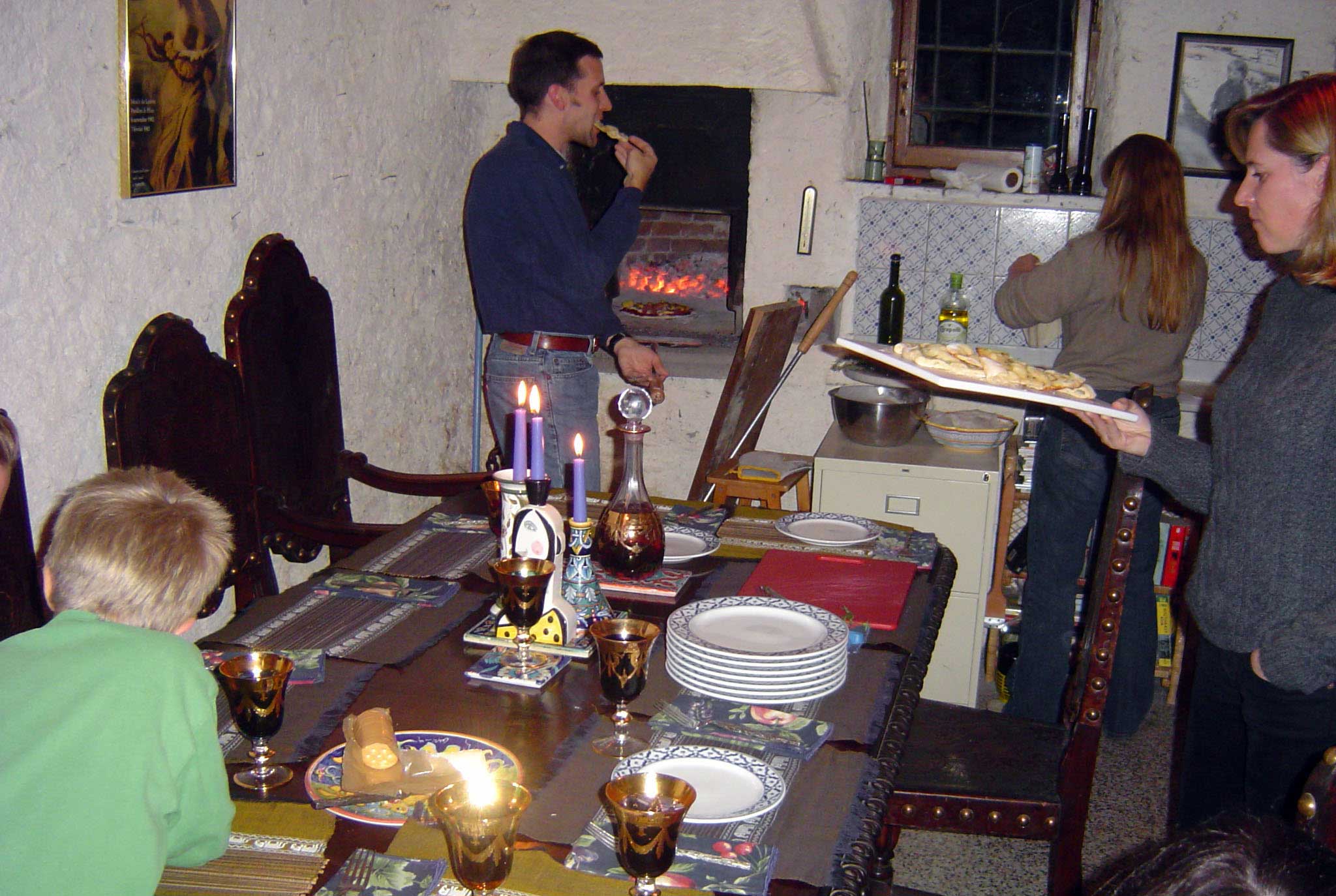 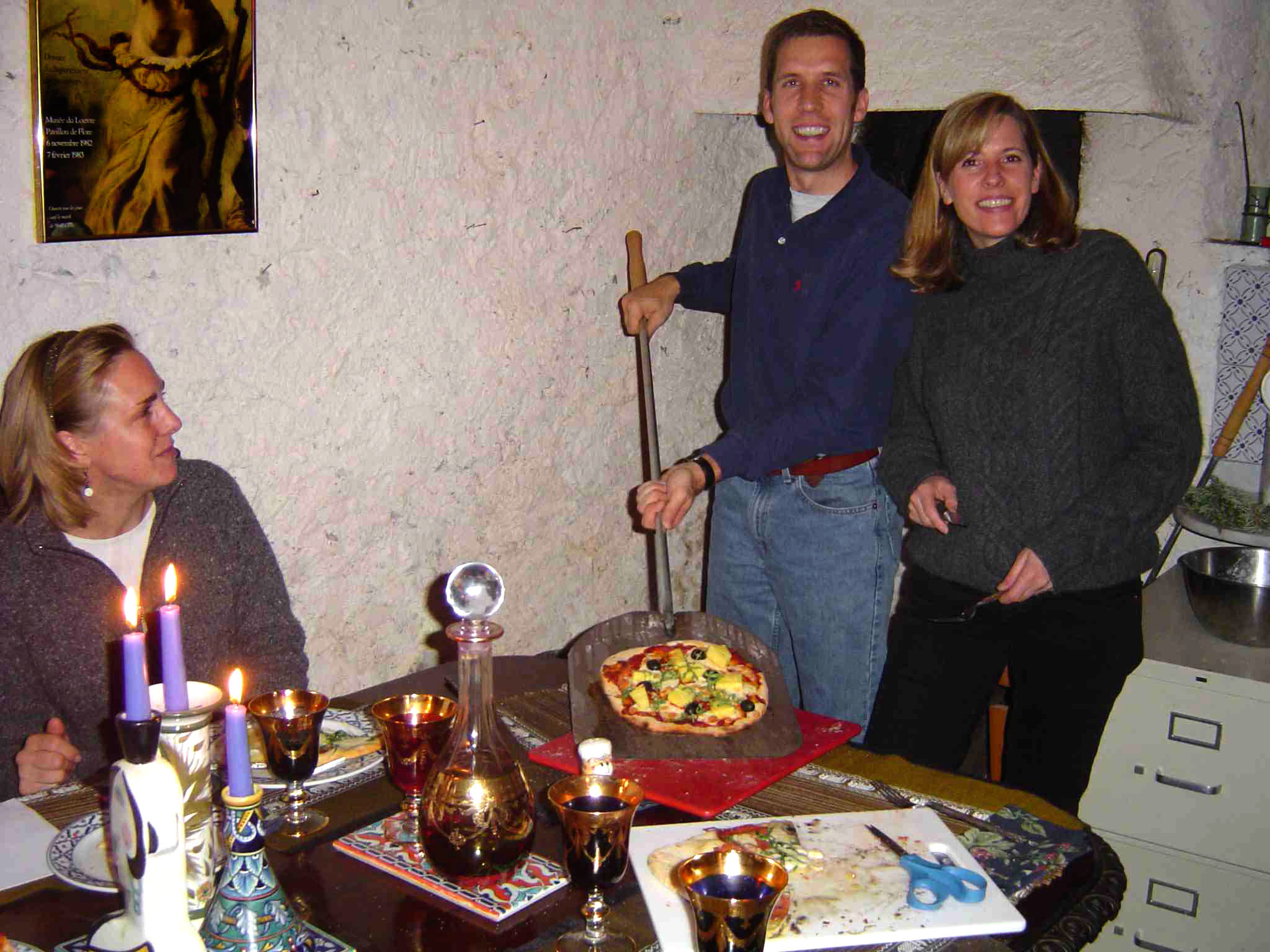 These babies are really good!!!

After many pizzas we were bursting at the seams. But happy!

There were many more pizza parties in the years to follow 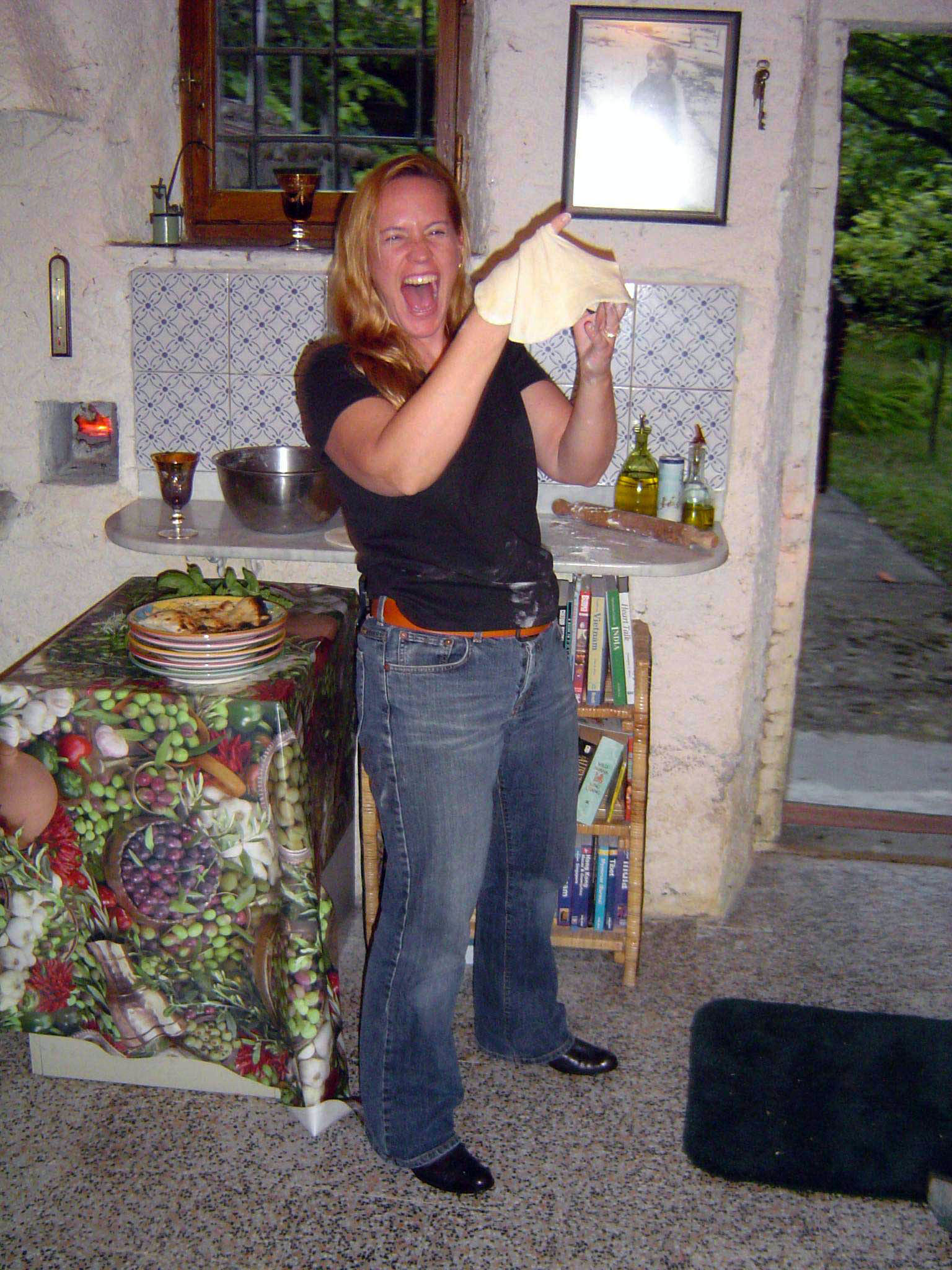 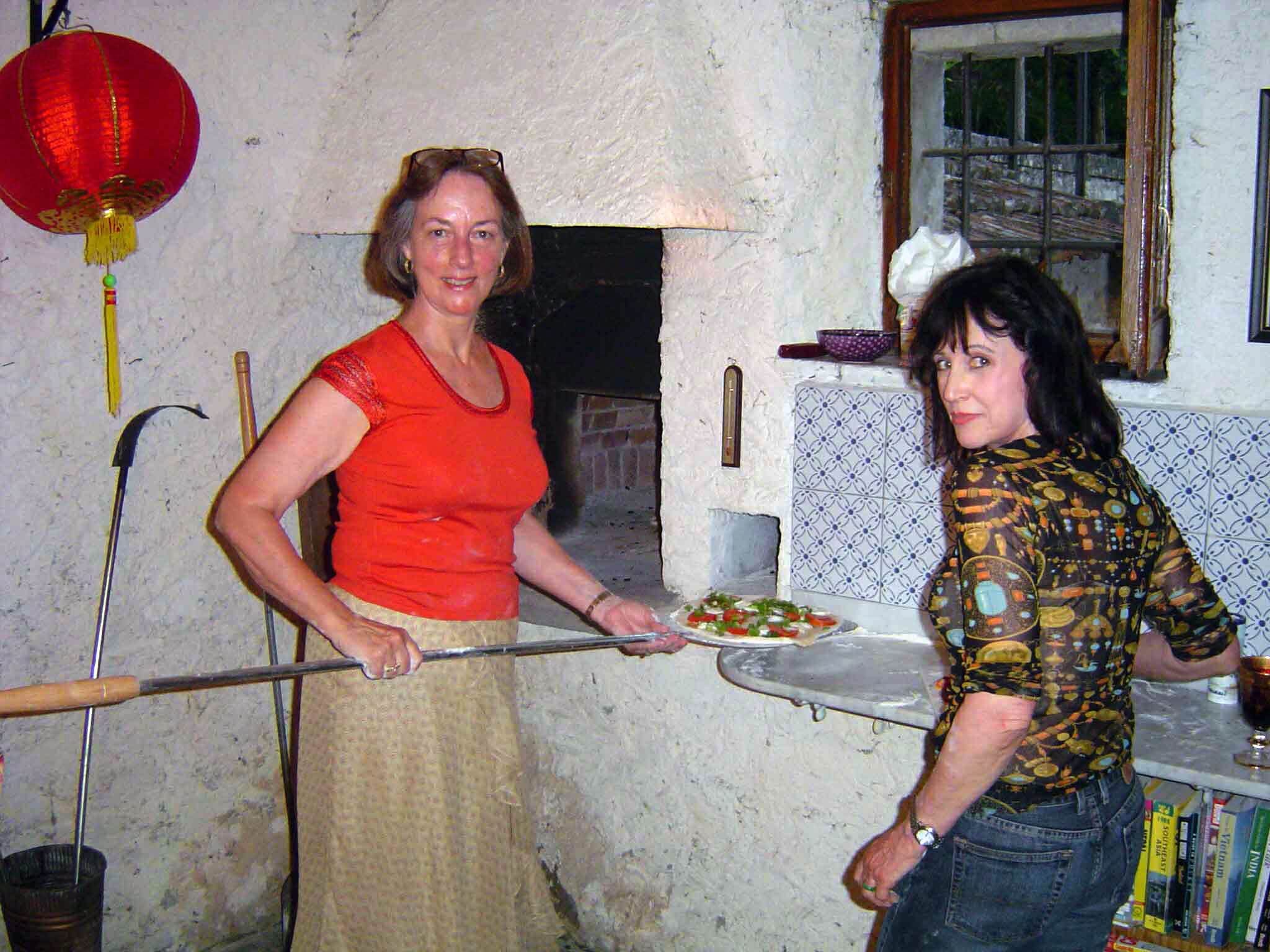 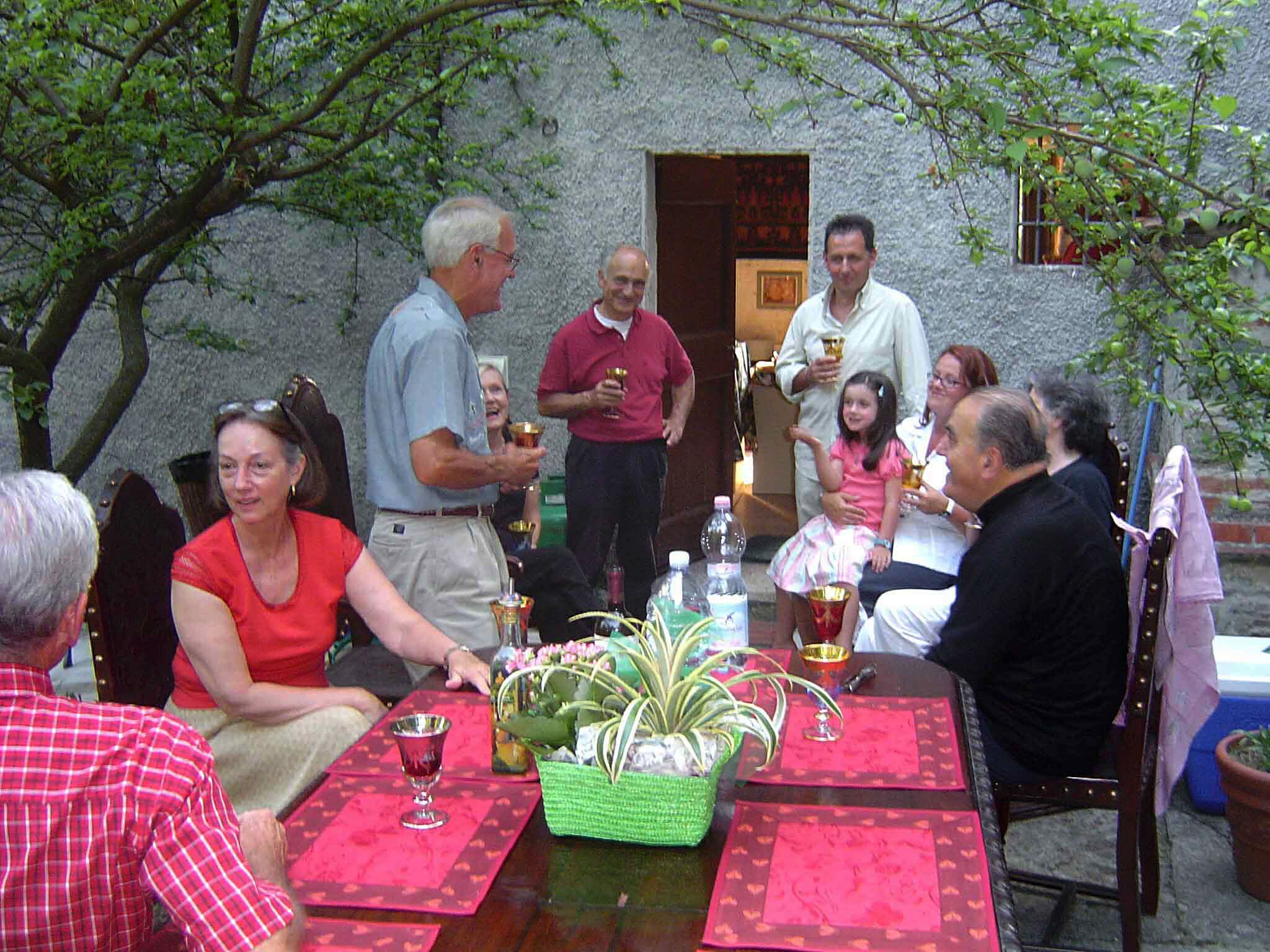 Wine for starters is standard protocol 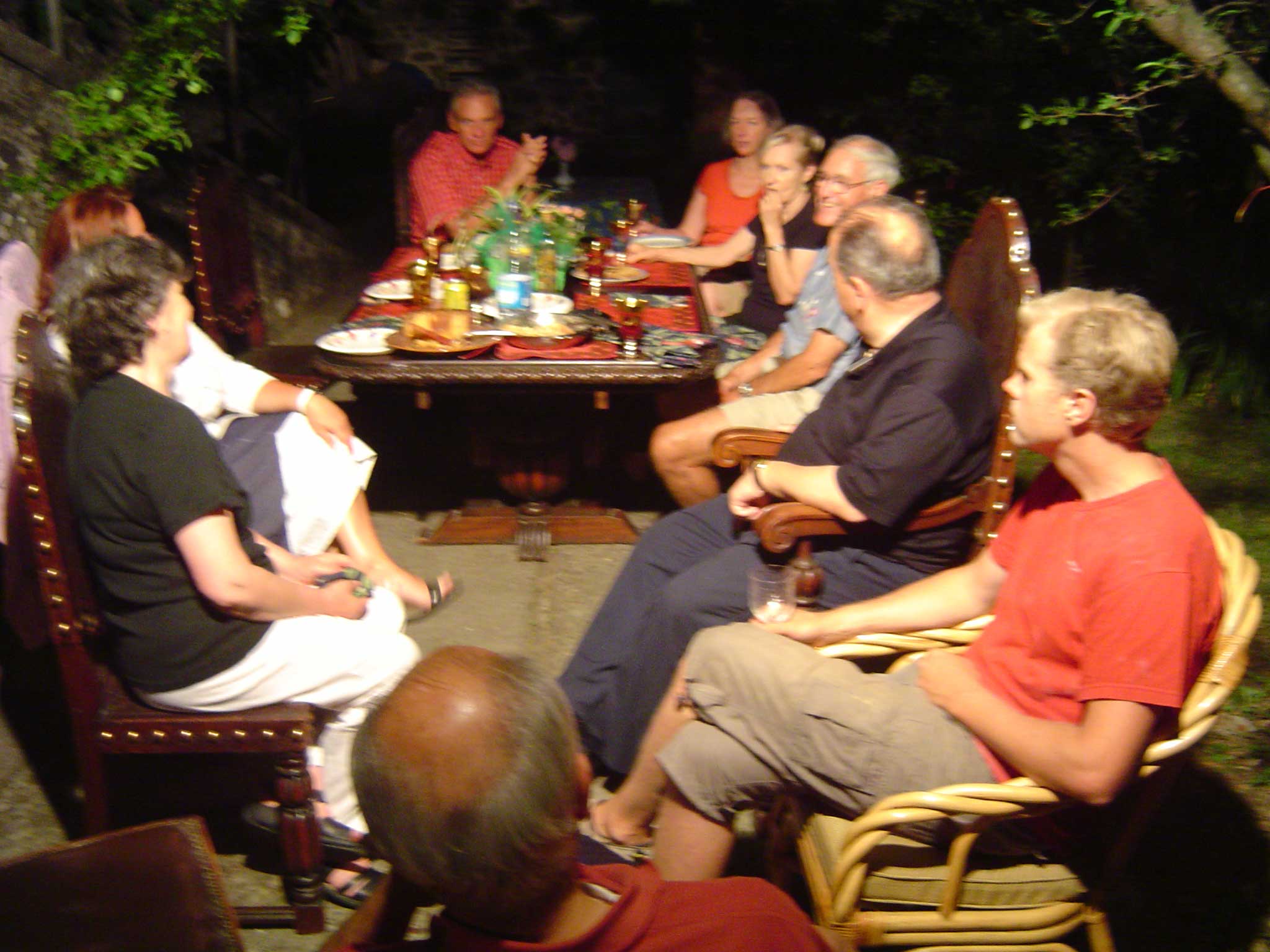 Some of these pizza parties ran late, with lots of banter and stories. 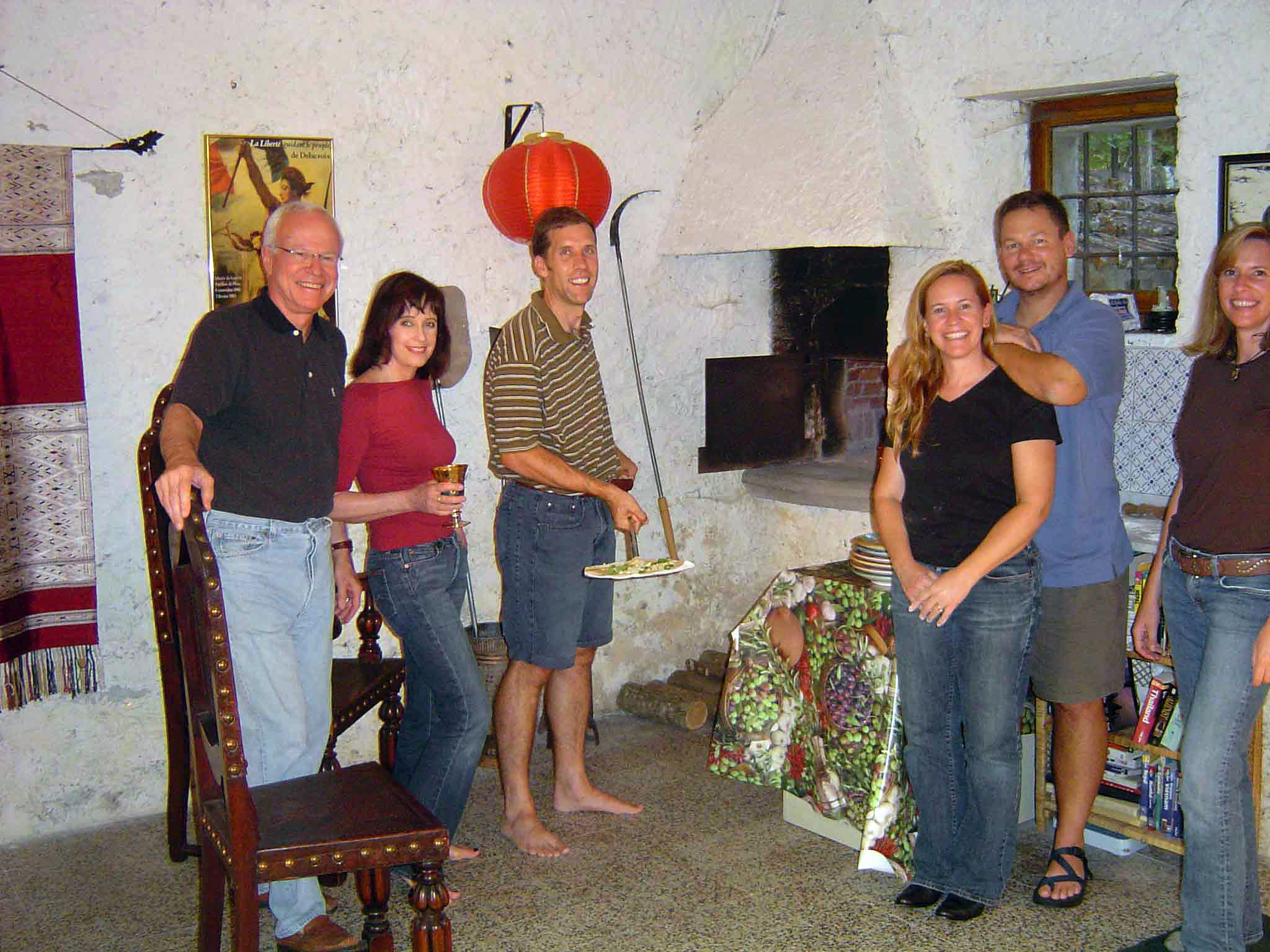 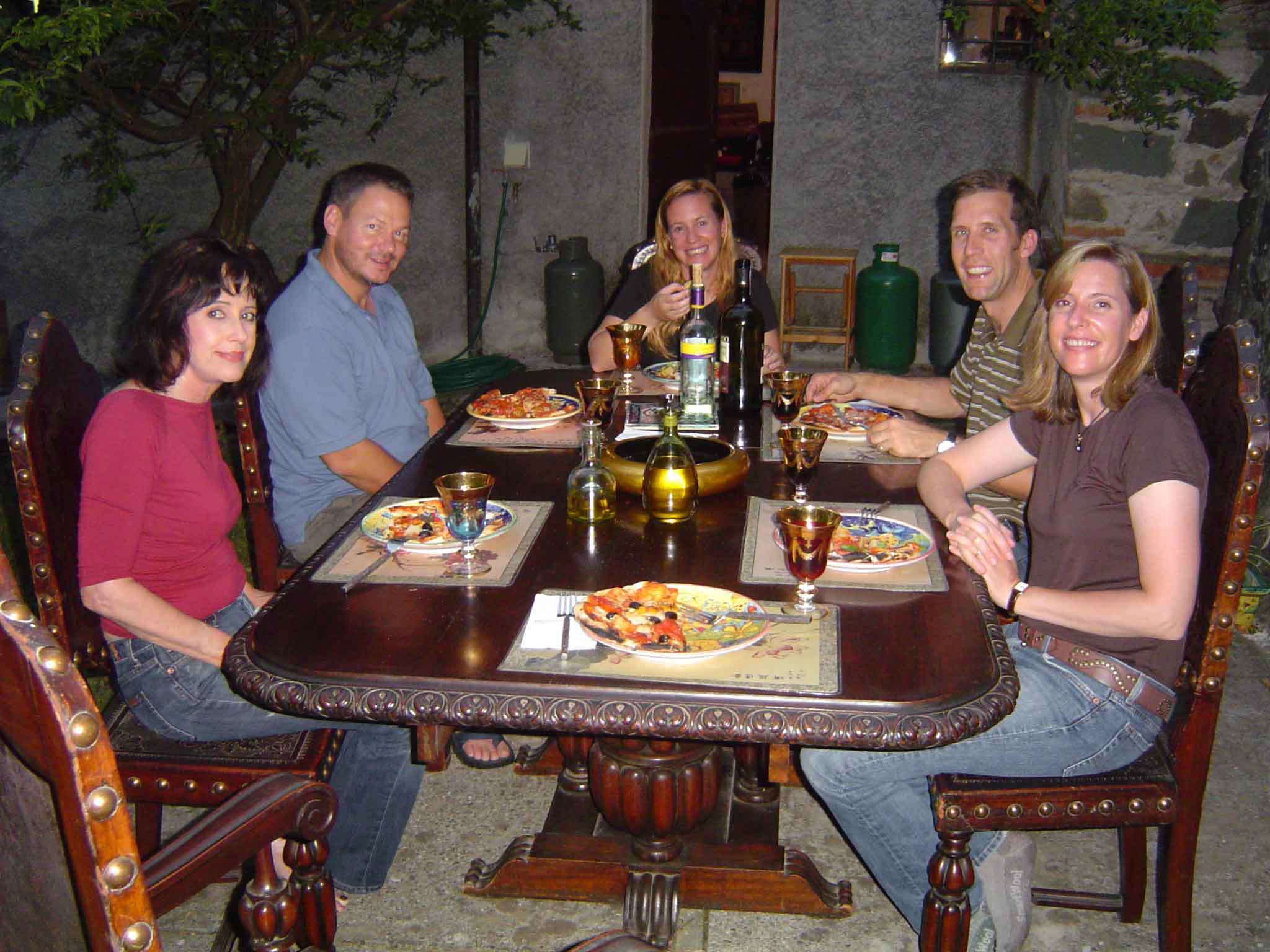 The perfect evening with family.

Back to Friends and Family