Obidos is a perfectly preserved medieval fortified city located on a hilltop about an hour's drive north of Lisbon. Its walls surround a beautiful whitewashed village as well as a large castle. 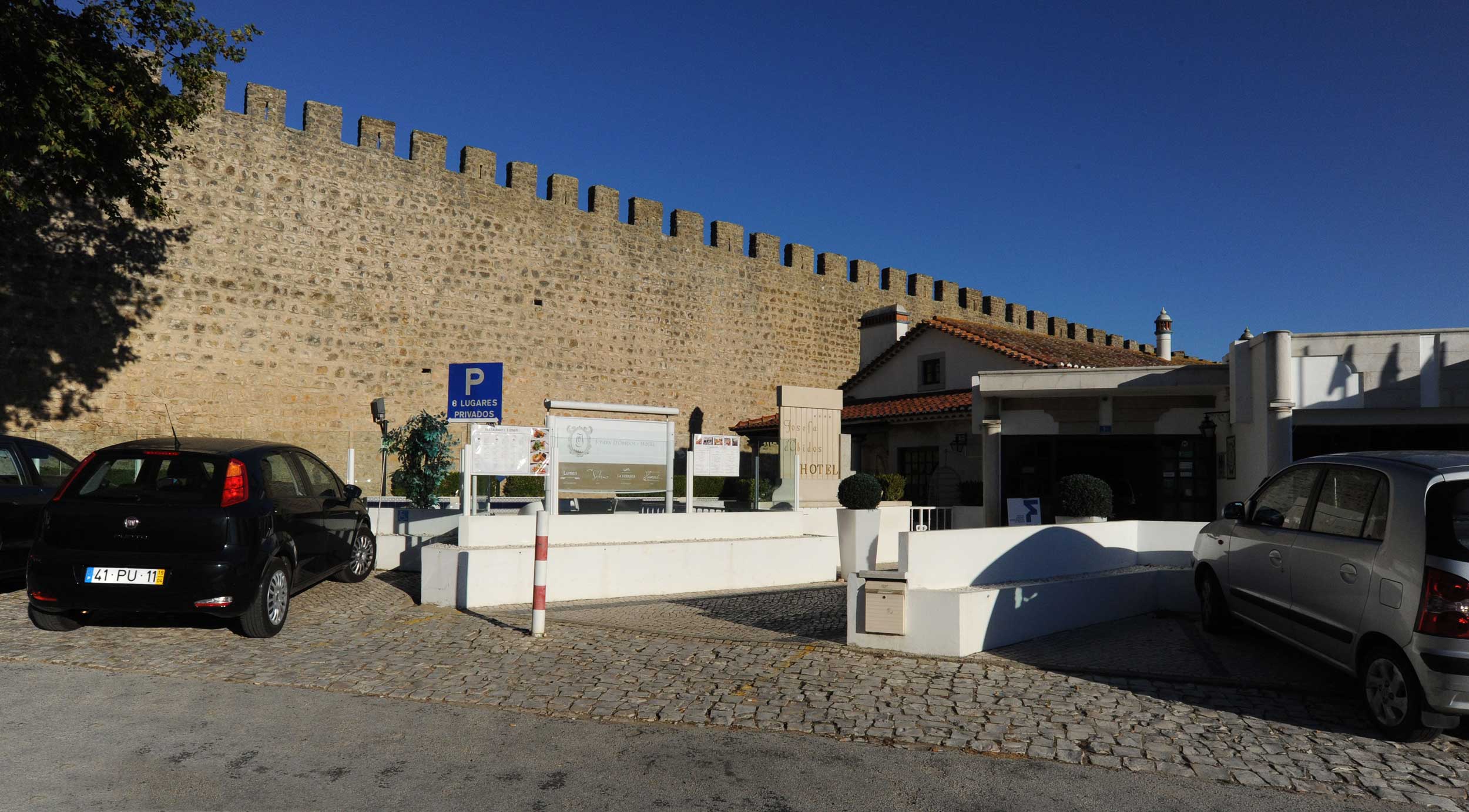 We first came to Obidos in the year 2000 after having seen photos of it. We immediately fell in love with it. So, after 15 years it's great being back. Hasn't changed a bit. This is our hotel, Josefa d'Obidos Hotel, located just outside the wall. 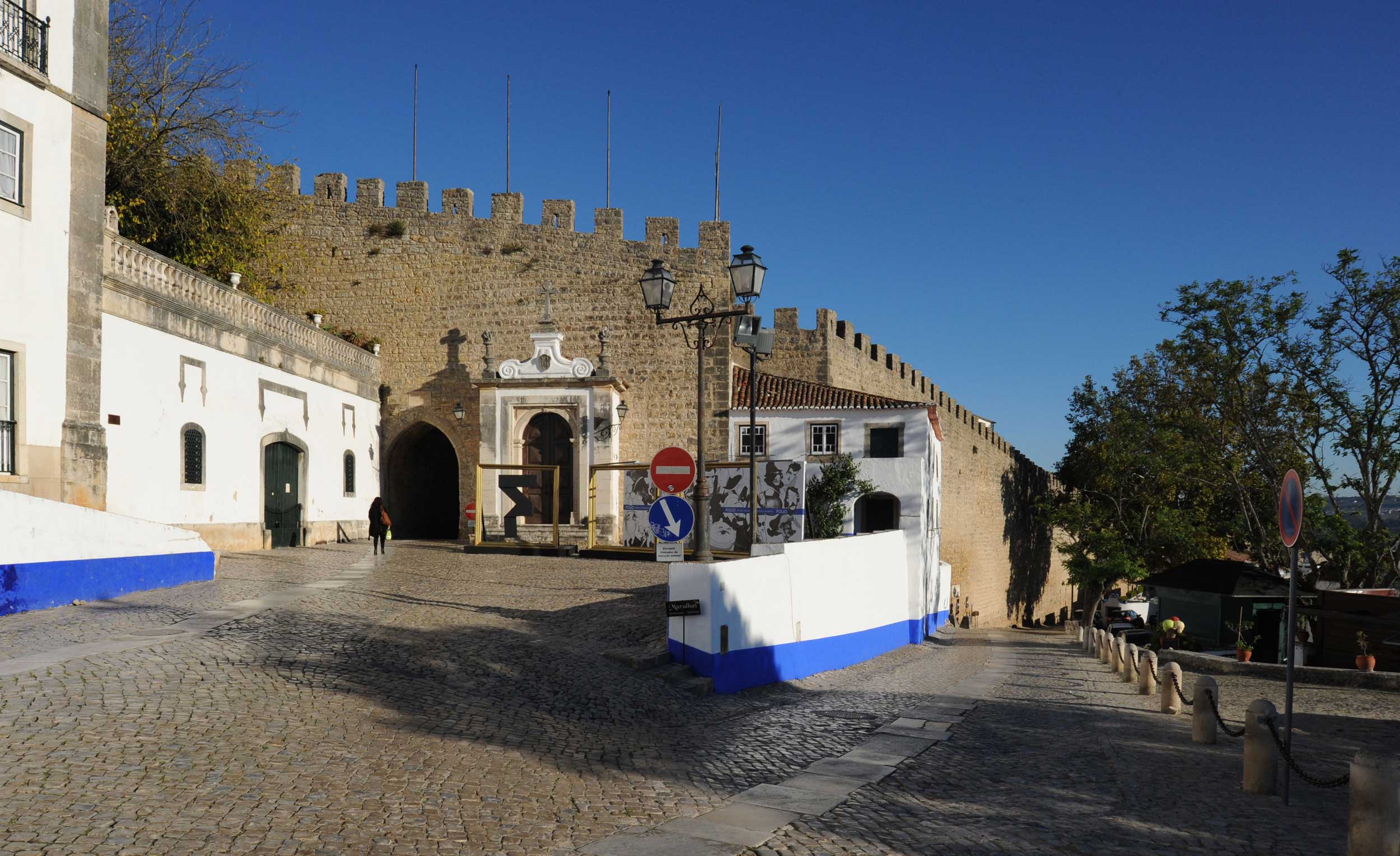 From our hotel its about a 100 yard walk up the road from the right to this turn towards the main gate into the walled village. 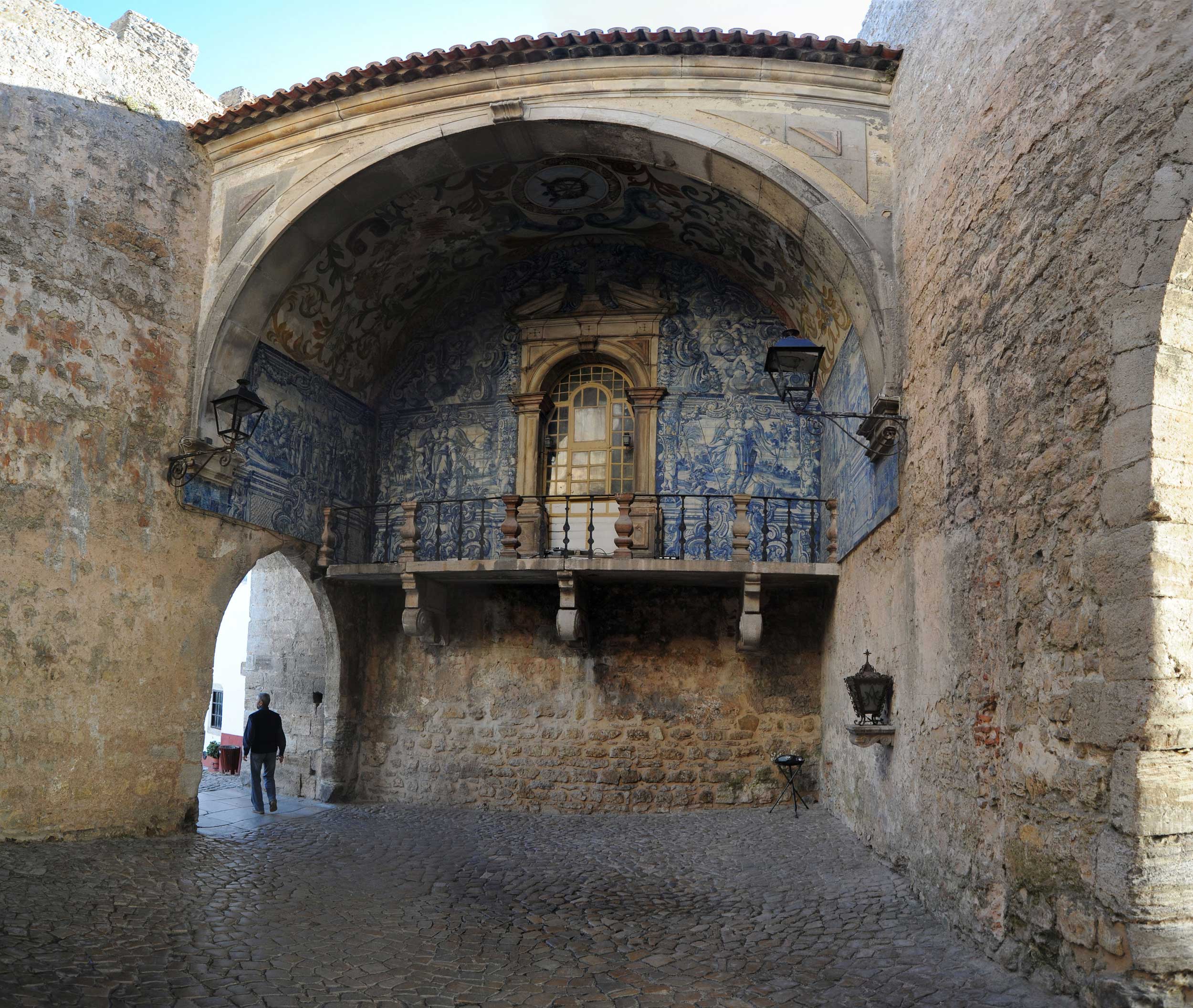 Inside the wall. Actually two gates. Beautiful azulejo tile mural above. Inside to the left...

... are the two main north-south streets, one upper (left - the Rua Direita), one lower, the Rua Josefa de Obidos. 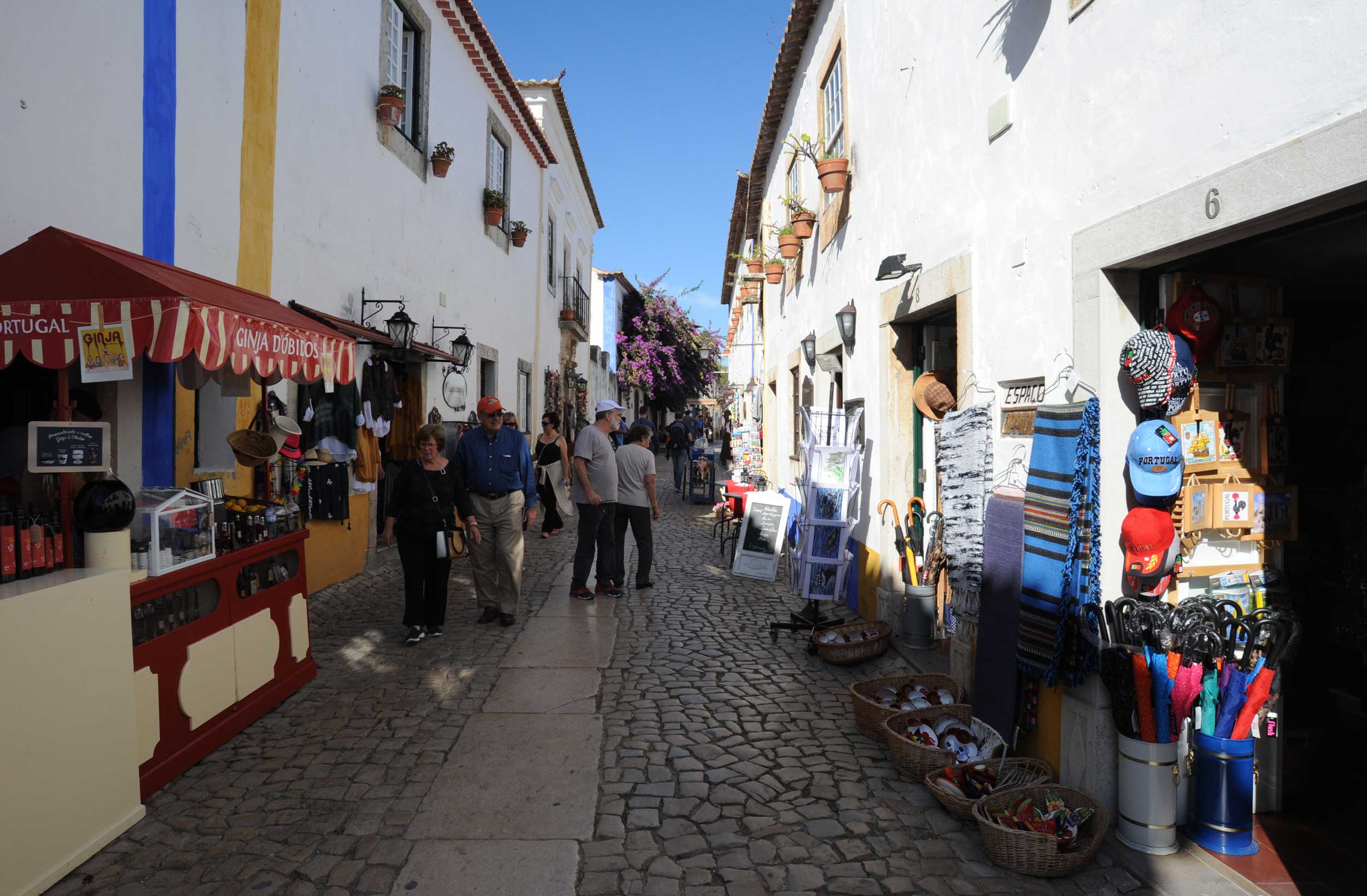 Follow the upper road and you will encounter most of the tourist shops and restaurants. 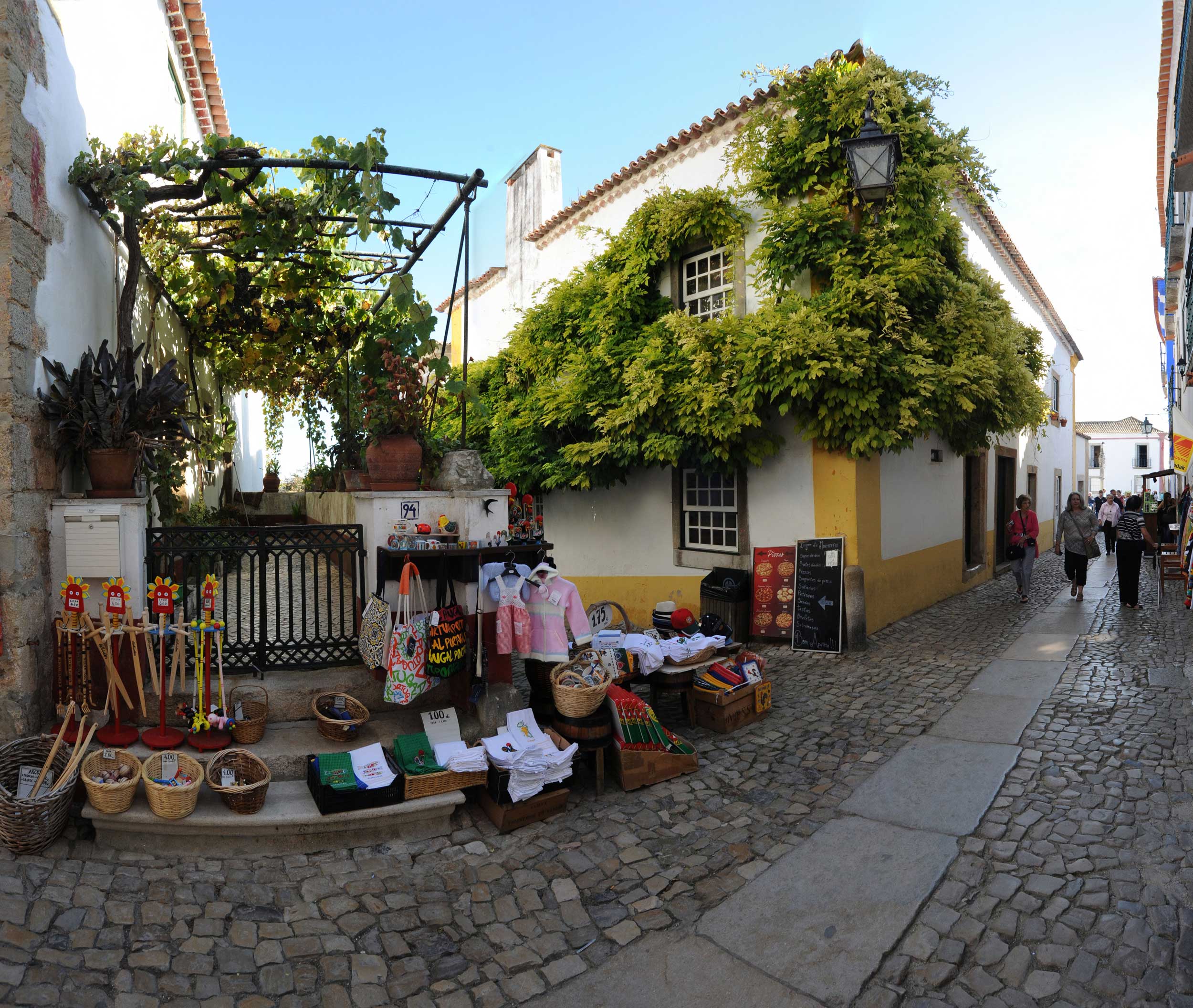 Lots of stuff for sale. 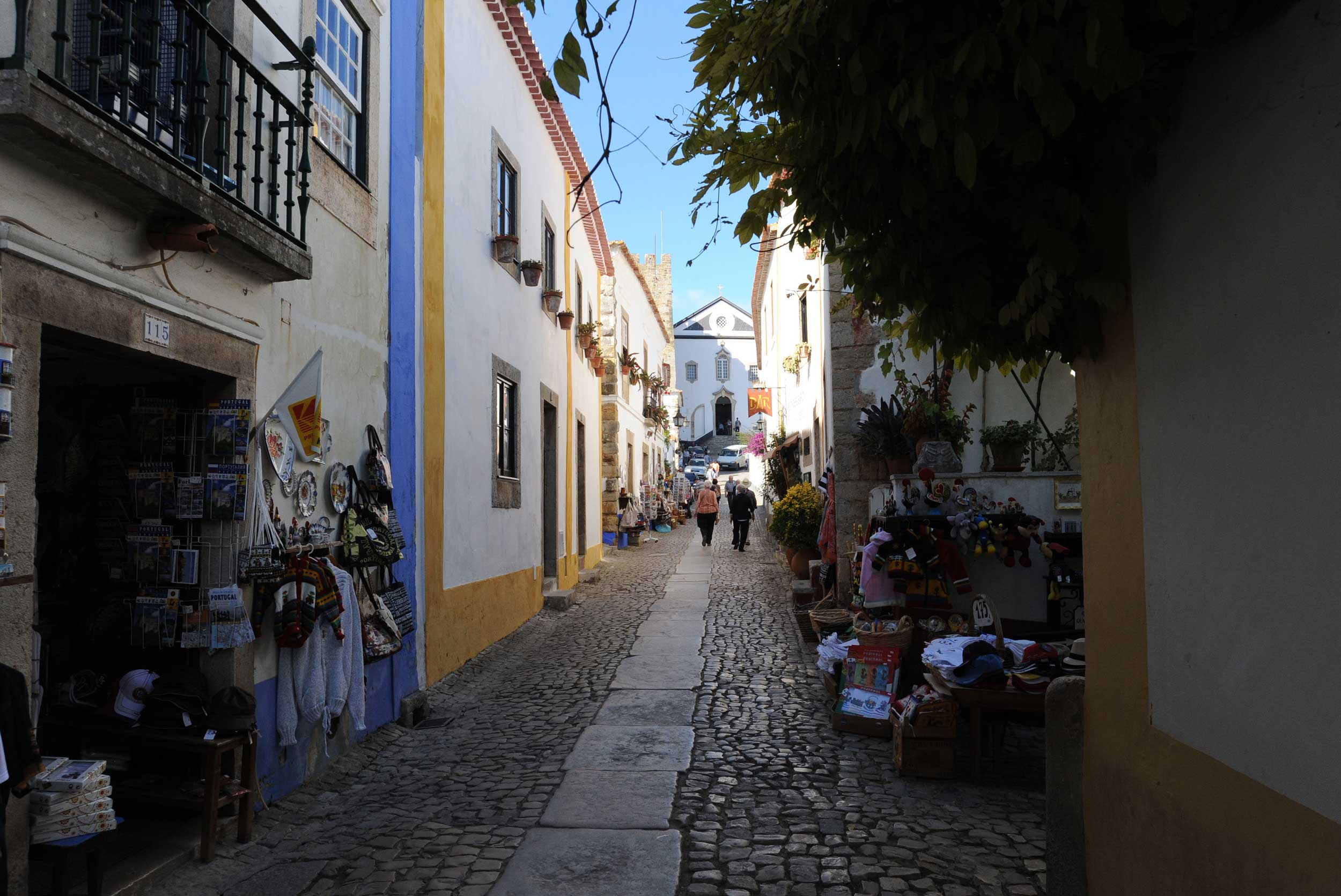 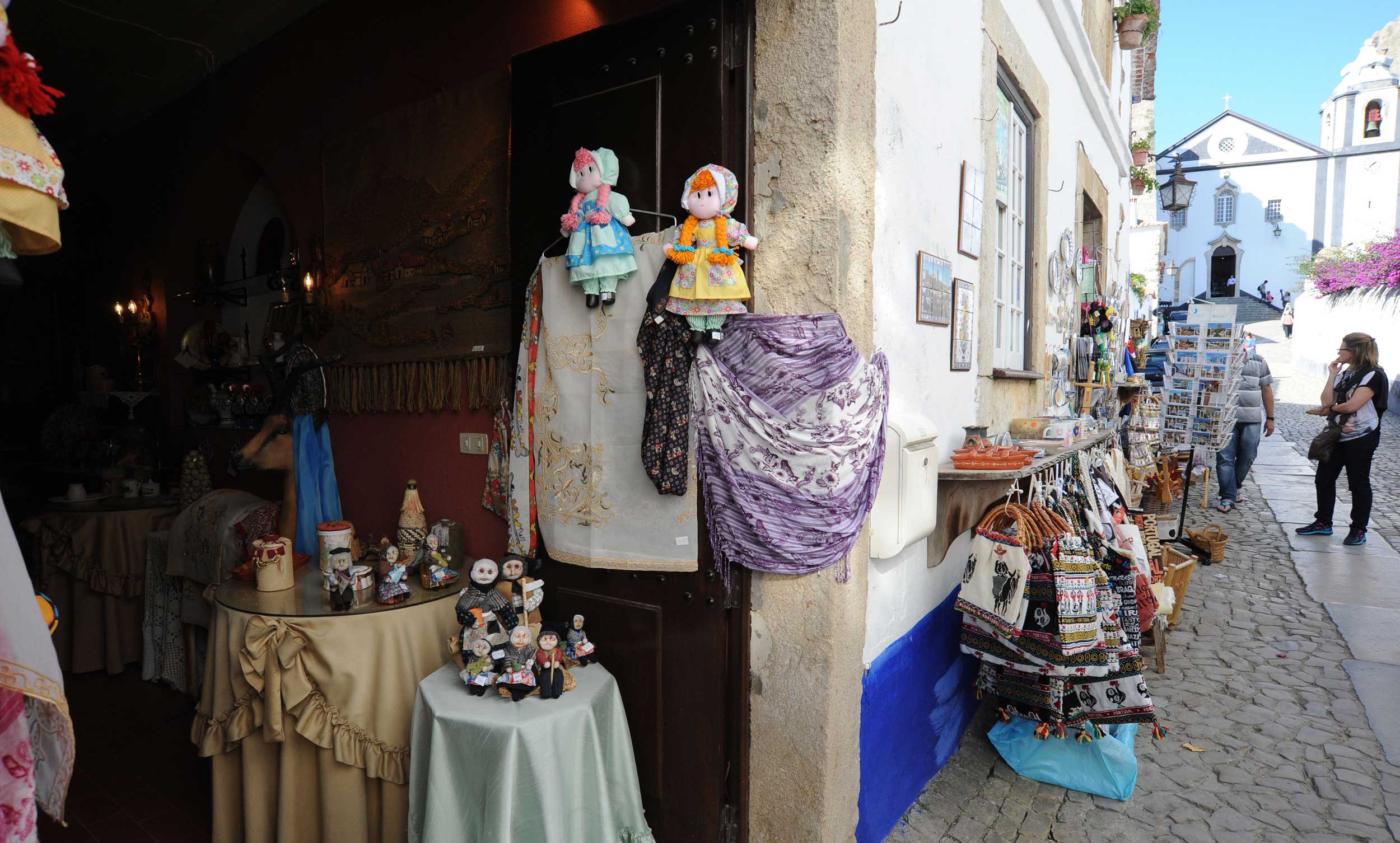 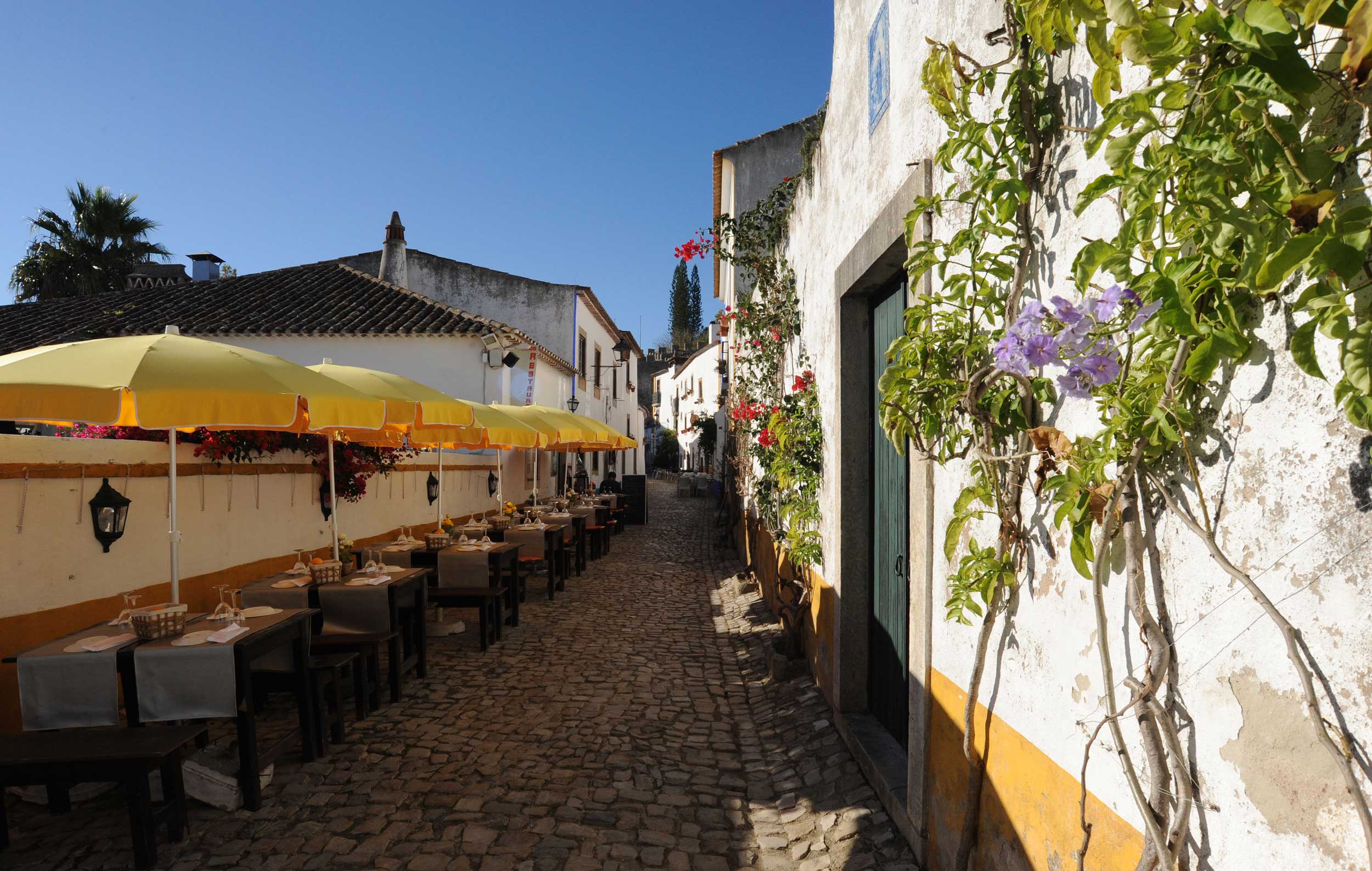 On the lower street the restaurants are getting ready for the lunch crowd.

Some of the many side streets are covered by colorful flowers. 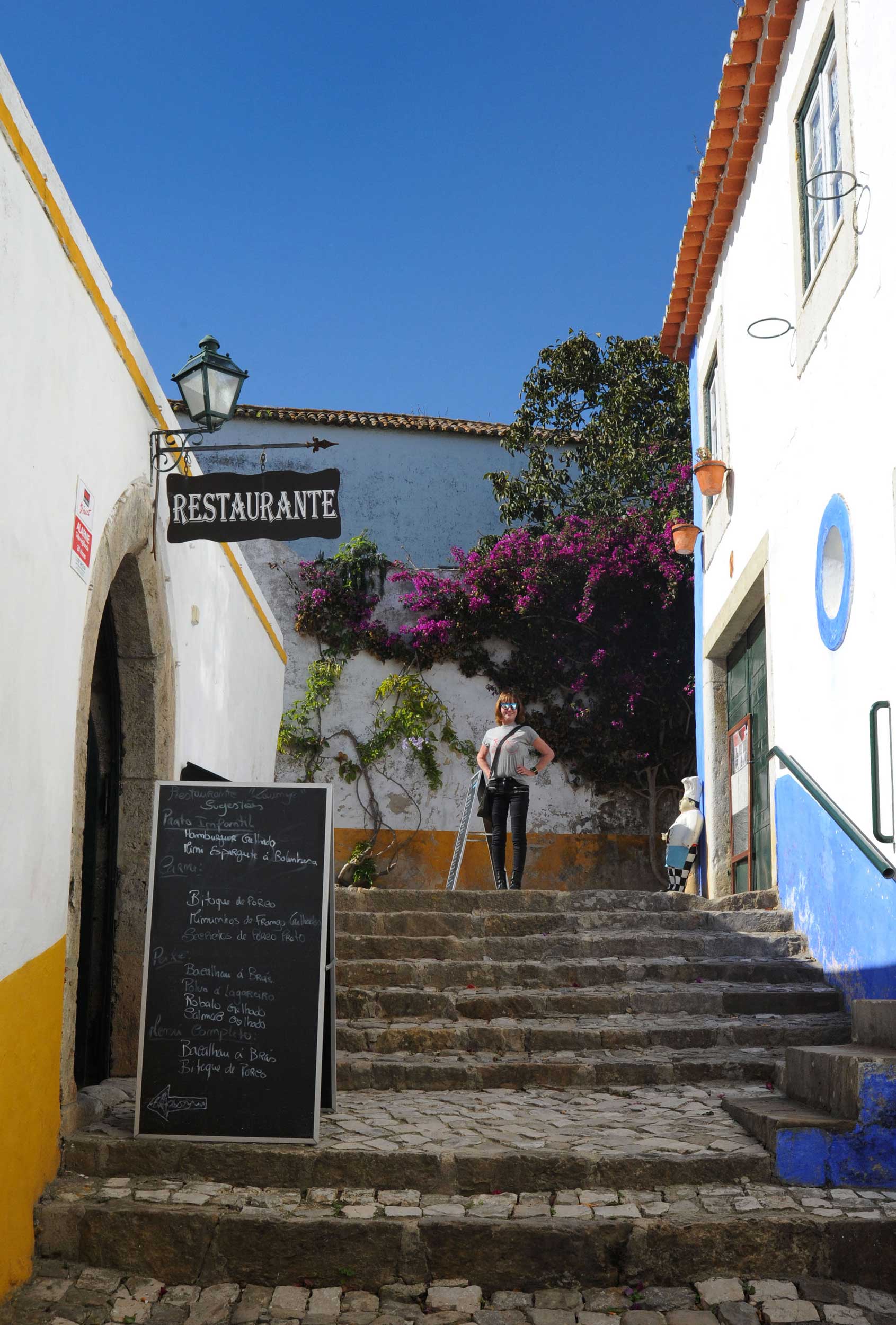 This little shaded grotto is home to a neat outdoor bar. Selling drinks of all sorts, including Brazilian caipirinhas. Even better than wine! Behind the large tree on the left is the beautiful Santa Maria Church. 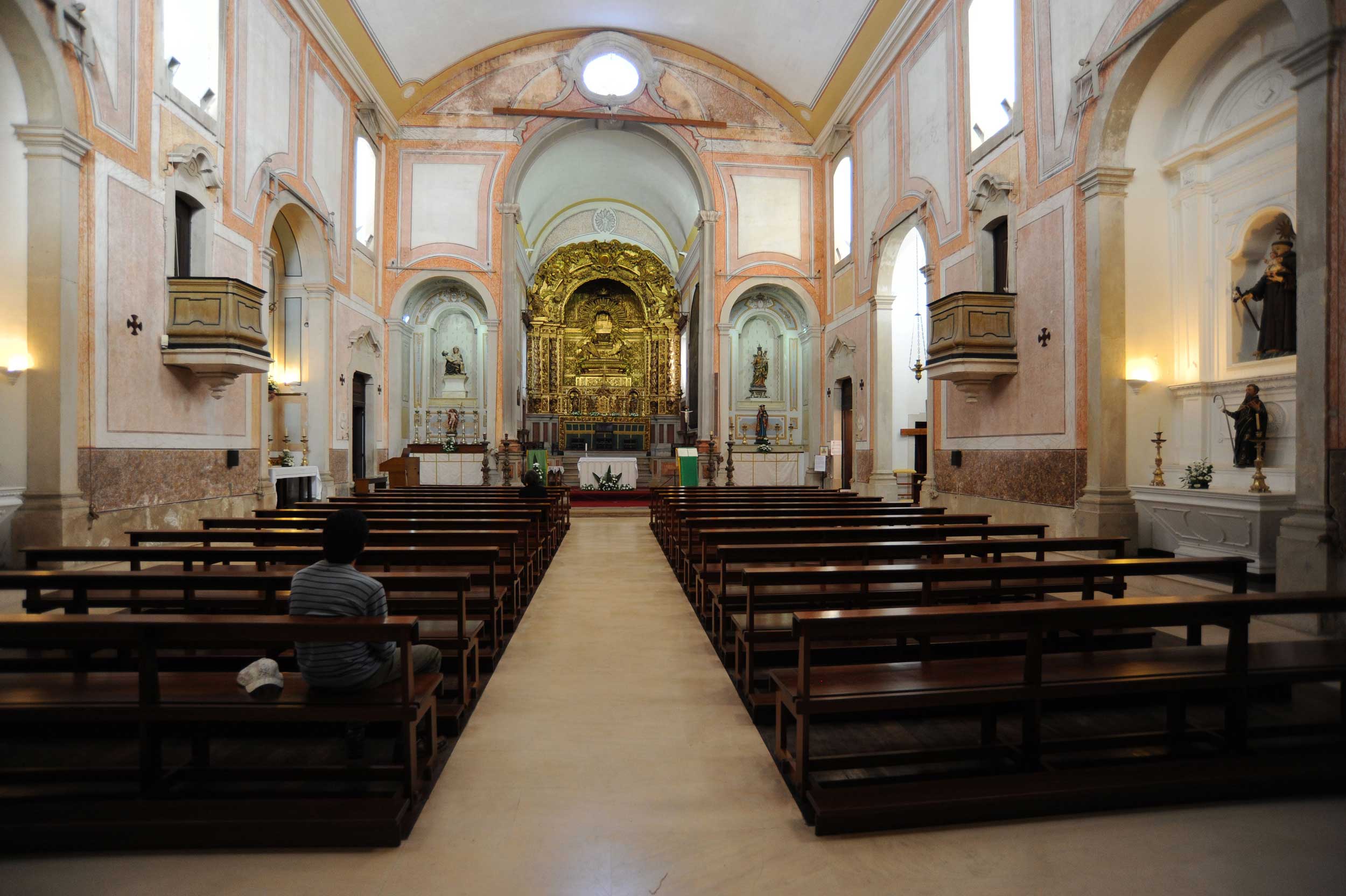 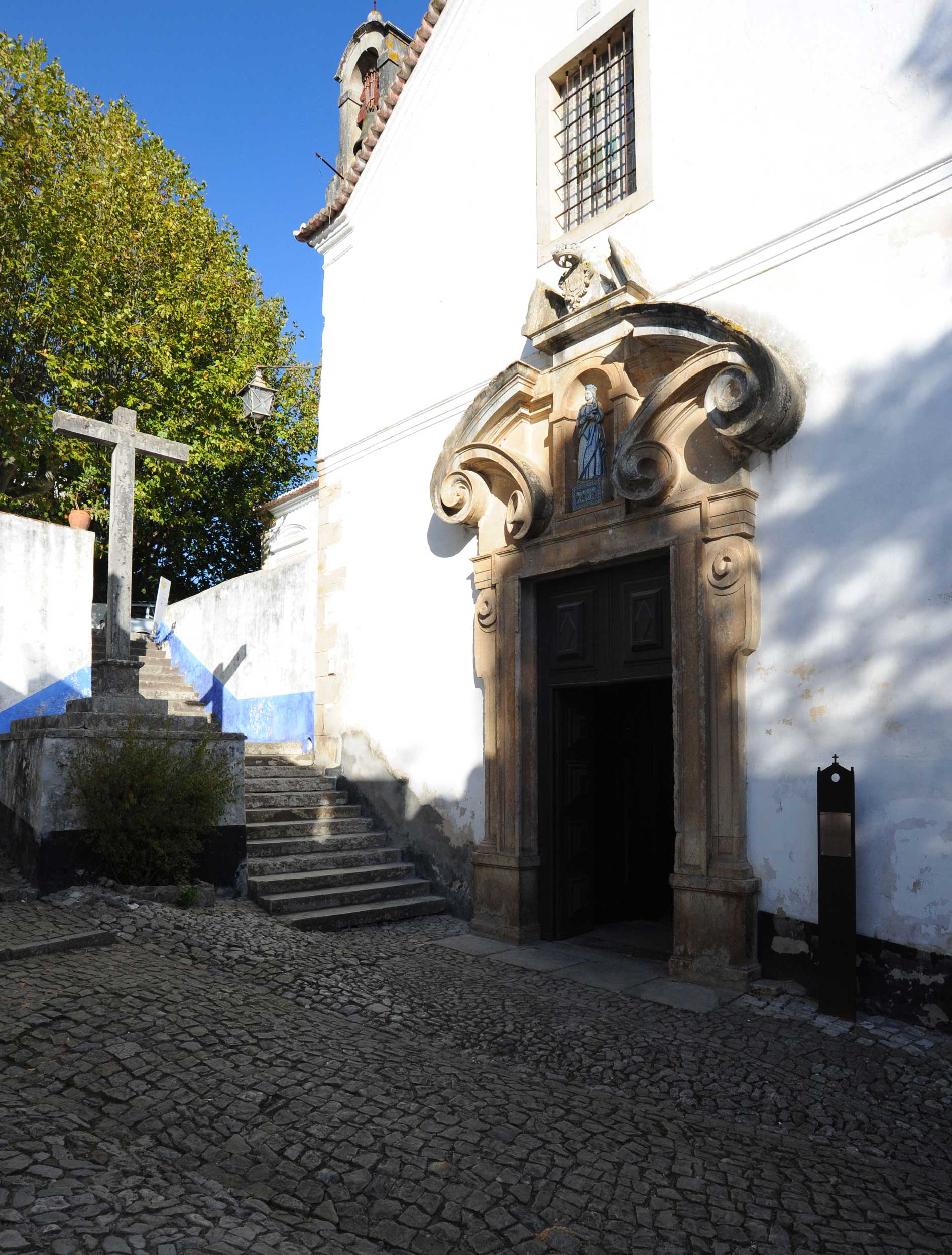 The beautiful castle is located at the north end of the walled fortification. The temporary structure to the lower left is a theatre set up for the annual medieval celebration. 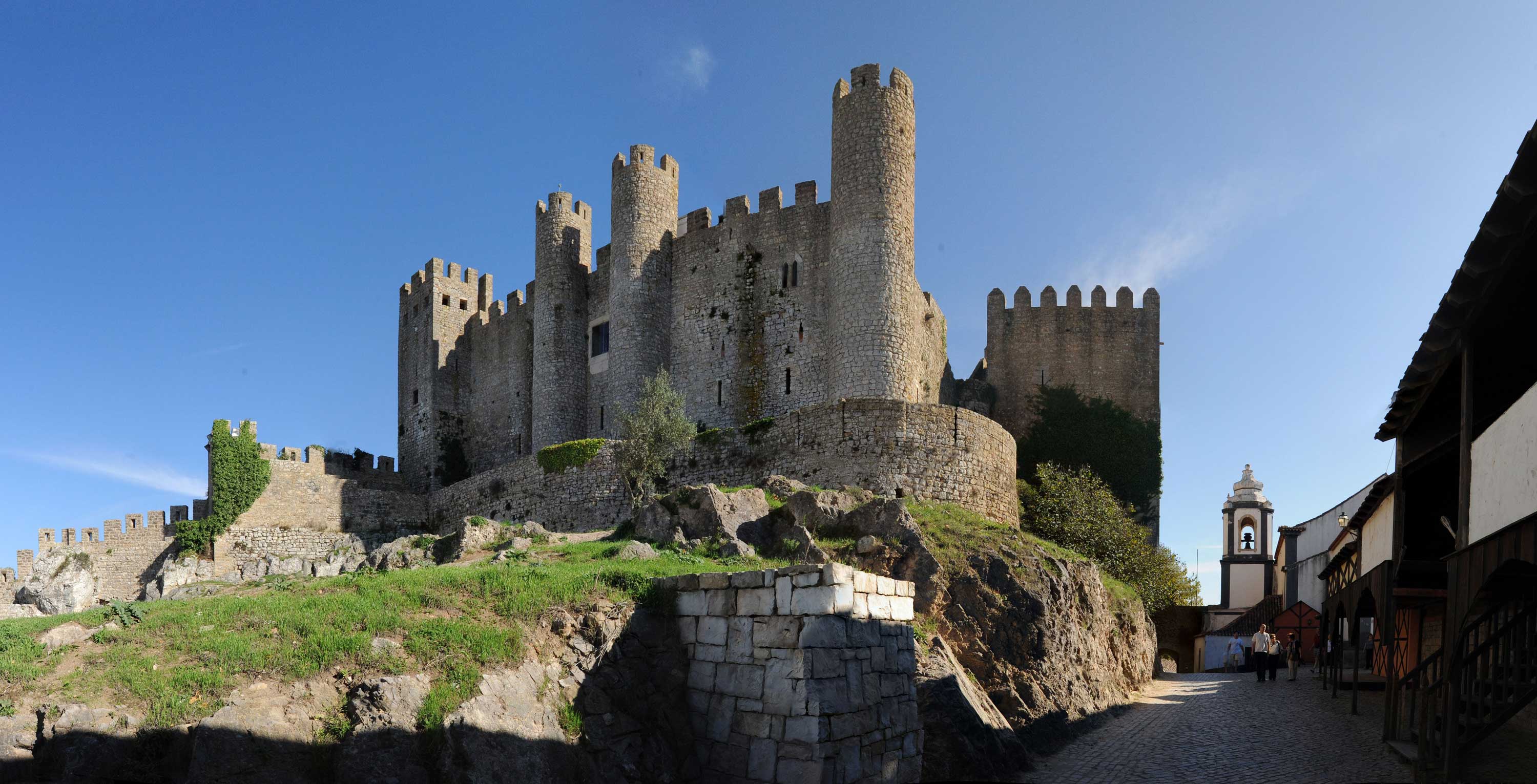 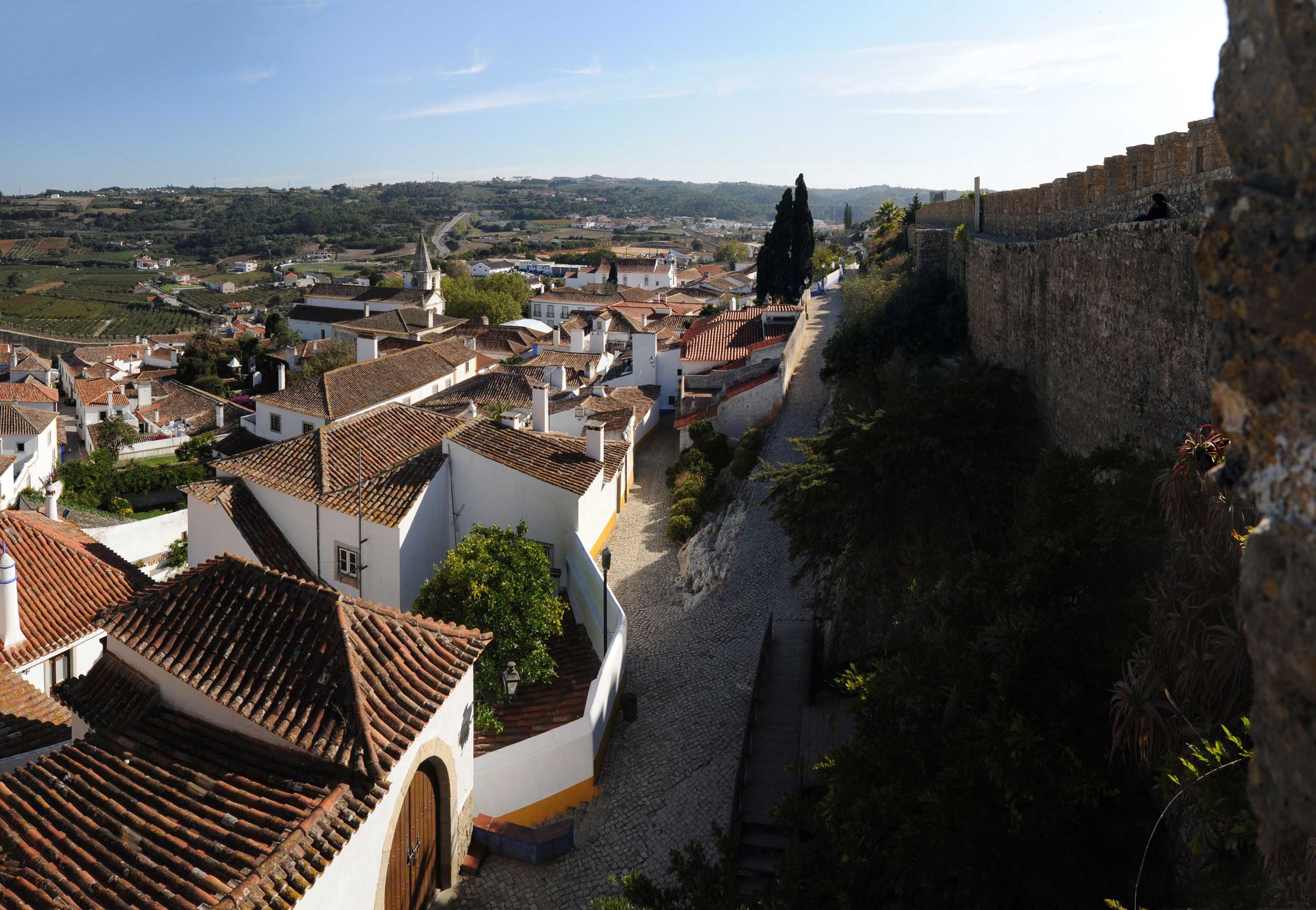 There is quite an elevation differential between this upper (west) wall and the east wall far left. There is a walkway along the wall for its entire length. A little rough and without handrail.

But, it is a great way to view the entire scene.

A look west over the wall. The Atlantic Ocean just beyond the hills on the horizon.

Some of the homes are really mansions.

Looking north from the tower at the far south end of the wall. 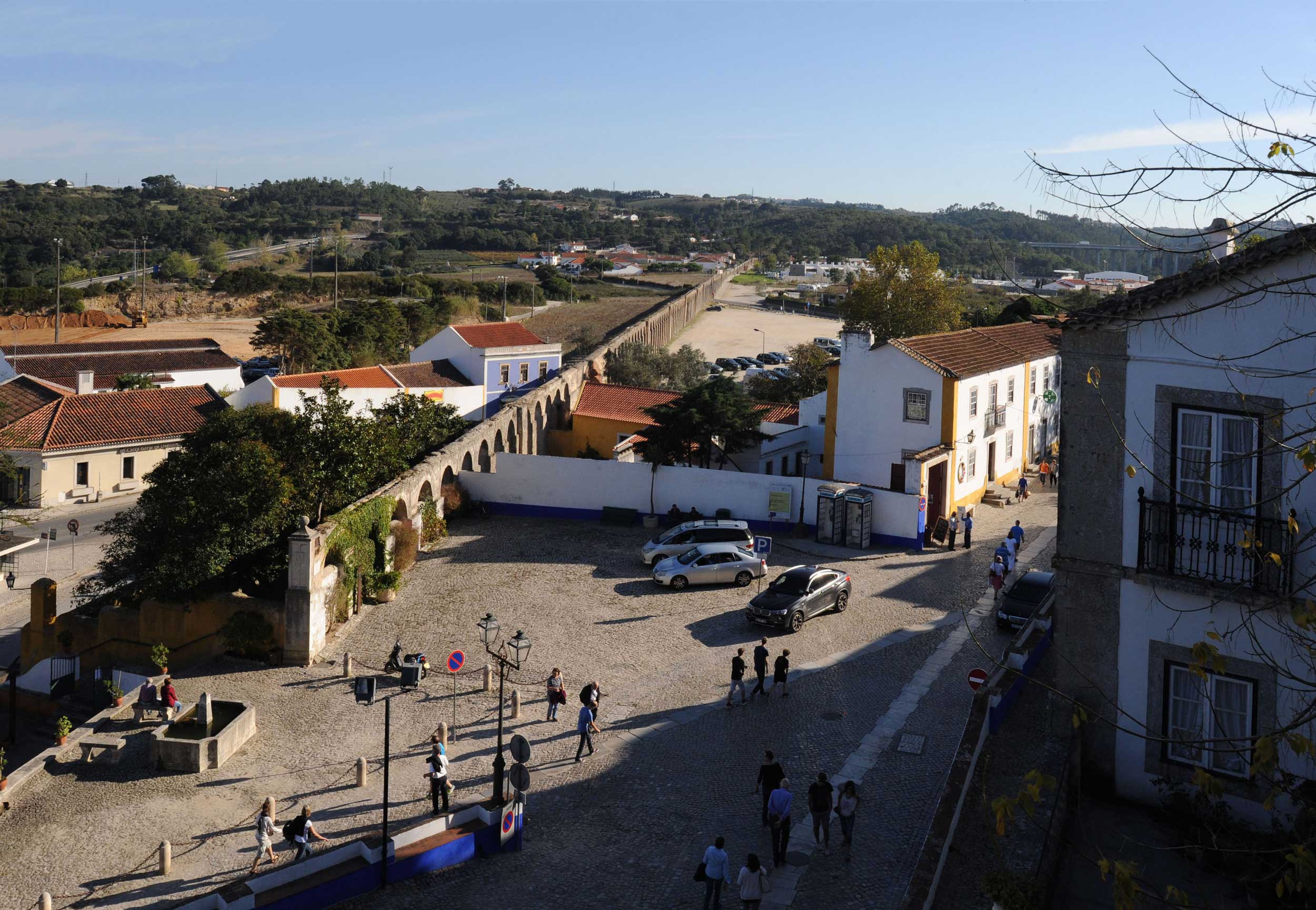 This is the aquaduct that supplied water to Obidos from that far hill 3 kilometers away.

Here we are again inside the main gate. At night there is a light show changing the color of the gate. Fun way to end this Obidos show.

On this blue note, let's head out for Bussaco.